Elon Musk Issues Apology to SpaceX Employees: It Was “Not Wise” to Smoke Weed with Joe Rogan
Advertisement 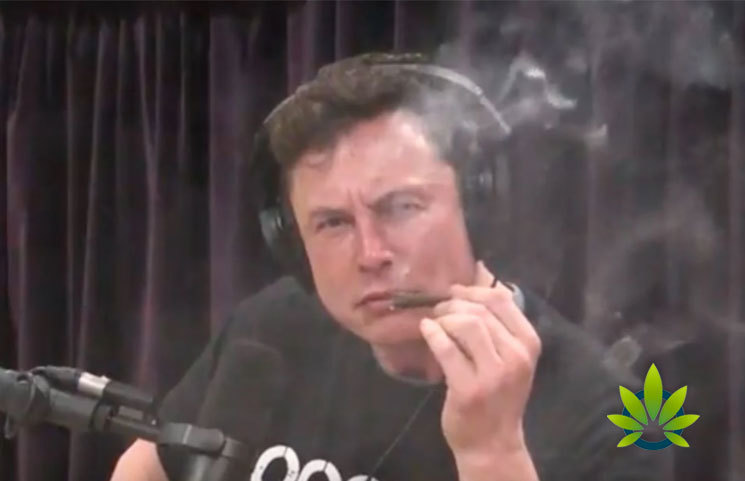 The decision to smoke cannabis is personal for most, but Elon Musk’s actions come with a lot more media attention. Considering the policies of SpaceX and NASA, it should come as no surprise that Musk has issued an email to all employees of SpaceX to explain his actions and encourage them not to follow in his footsteps.

With all of the legislation discussions on cannabis legalization floating around, it makes sense that many celebrities are coming out with their own stories of getting “stoned.” Unfortunately, some moments have stayed forever in the minds of the public, like Elon Musk’s decision to take a few puffs from a blunt during a taking of the Joe Rogan Experience, a popular podcast.

Now, it seems that Musk has decided to send out an apology via mass email to the employees of SpaceX.

Musk said his decision to smoke weed was “not wise” and added that SpaceX employees are forbidden from toking, too 🤔🤔🤔 https://t.co/Yodq2aSW01

According to reports from the Washington Post, the email stated that Musk admitted to smoking marijuana. However, he tried to make a joke about the experience, stating that the experience was done “with no skill, obviously.” He added that his decision was “not wise,” noting that the employees of SpaceX cannot engage in these activities, despite being located in California where recreational and medical marijuana use is legal.

Musk wrote in the email, “SpaceX maintains a drug-free workplace. SpaceX personnel may not use or possess any controlled substance while in the workplace, and also may not be under the influence of legal or illegal drugs while at work. Anyone who appears to be inebriated or under the influence while at work is subject to drug testing and potentially other employment actions.”

The on-air actions of Musk have been the catalyst for a full-scale employee safety and compliance review, worth $5 million, by NASA, since SpaceX is a contractor of the program. The NASA training preceded the company-wide email that Musk issued, finding no other wrongdoing at SpaceX in relation to cannabis use. Still, officials state that the decision to impose this oversight was still helpful.

In reference to the training and review, SpaceX president and chief operating officer, Gwynne Shotwell said to the post, “Results came back very positive. I can tell you, it has gone very well. Not that we haven’t learned things, but it’s gone very well.”