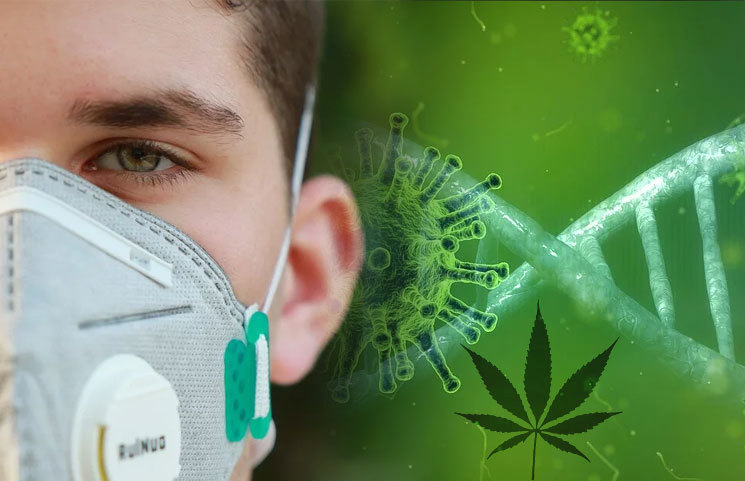 Even though supply chains all over the world have been greatly disrupted due to the spread of the novel coronavirus, there are many big-name manufacturing companies that have launched new cannabinoid-based products over the past couple of weeks. In this article, we will take a look at some of these items, so without any further ado, let’s get straight into the heart of the matter.

Medterra has released a whole host of amazing CBD-infused products recently, for starters, the company just unveiled its latest line of functional CBD gummies that have been made using 25 gms of pure cannabinoid extracts. In this regard, it also bears mentioning that all of the other ingredients that have been used to devise the product are totally THC-free, non-GMO based and have also been certified by the United States Hemp Authority.

The three products in the aforementioned range include:

These functional candies have been made using clinical doses of Ginkgo Biloba, guarana, green tea as well as other focus-enhancing substances (along with CBD). In terms of its taste profile, these gummy bears feature a tangy citrus flavor.

As the name suggests, these tropical fruit-flavored candies come packed with small yet efficacious doses of L-Theanine, a compound that has been found to not only promote relaxation in the user’s body but also enhance one’s overall mental focus and vitality.

Thanks to its highly potent ingredient profile that consists of melatonin, chamomile, 5HTP, lemon balm, passionflower, this CBD-infused candy allows users to get a good night’s rest without feeling groggy in the morning.

Both of the aforementioned products have been designed using specially crafted, easy-to-digest A2 β-casein protein along with a host of highly efficacious probiotics and prebiotics that have been found to help infants digest their food more easily.

As per Gerber’s official website, their new line of A2 milk products have been created in conjunction with family-owned Cayuga Milk ( a company that is based out of the Finger Lakes region of New York).

Lastly, a spokesperson for Gerber claims that their A2 milk range is pretty much the same as regular milk except for the fact that it comes from cows that have been carefully nurtured so that they only produce milk that contains a specific A2 form of β-casein.

Nature's Sunshine has just added to its ever-growing line of quality hemp products by releasing qemp ZERO, a pure hemp seed oil that the company claims has been made using a scientifically-selected blend of pure, whole spectrum hemp seed oil along with a host of fatty acids as well as essential herb oils.

According to the official company website, qemp ZERO works by optimizing the overall functionality of one’s endocannabinoid system — thus helping in supporting one’s body and mind. Not only that, all of the ingredients contained in qemp Zero are completely natural (such as naturally-occurring essential fatty acids (EFAs) and vitamin E.)

Organic food manufacturer Earth Mama has just unveiled the latest addition to its ever-growing food range, the ‘Organic Throat Smoothie Tea’. As the name suggests, this smoothie tea blend comes replete with a whole host of potent herbs that have been shown to reduce throat irritation. To be a bit more specific, the tea has been formulated without the use of any licorice and thus can be used by pregnant women as well as kids under the age of 12.

Some of the core ingredients in the product include:

It is a highly potent herb that has traditionally been used by people living in various eastern countries to boost their immune systems.

Another highly efficacious ingredient that has been shown to heighten one’s resistance to external harmful agents that can compromise the operational capacity of our lungs as well as respiratory channels.

This tree extract has been shown to comfort irritated, annoyed mucous membranes that may have been aggravated due to natural coughs and colds.

Gadot Biochemical just launched its all-new magnesium citrate product called Gado-Go Mg. For those of our readers who may not be aware, magnesium citrate is a highly potent chemical compound that has been clinically proven to provide instant nutrition to one’s body. In this regard, Gado-Go Mg has been designed for travelers, athletes, trainers as well as anyone else looking for energy on the go.

In terms of its consumability quotient, Flavored Gado-Go Mg has been designed to dissolve instantly in one’s mouth without the need for any liquid support base. Not only that, each serving of this product delivers users with 350 mg of pure magnesium extract.

Healist Advanced Naturals has just launched an all-new range of organic CBD-based products that seek to help individuals with a number of issues pertaining to anxiety, nervousness, sleeplessness. As per the official company website, all of the firm’s brand new formulations will help consumers counter everyday health issues in a natural way as well as restore their body’s innate capability to heal.

The products have been devised using a highly specific blend of natural active ingredients that have been grown and sourced entirely from the United States. Other core facets of the products include:

As per a recent press release issued by functional nutrition brand Mode LLC DBA ATAQ, the firm has just launched a lineup of plant-based performance booster shots. Each unit of the supplement contains 2oz of the solution and comes replete with a number of adaptogens, nootropics, and thermo-nutrients that have been scientifically shown to help athletes as well as health-conscious individuals with instant power and energy release.

The newly released products include:

As the name clearly suggests, this solution is designed to help support an individual’s NO (Nitric Oxide) production capacity. It comes in a unique pineapple-orange flavor.

This mango-ginger flavored shot has been designed to enhance an individual’s overall focus capacity as well as ATP production rate.

This lime-berry flavored supplement contains a blend of niche’ nutrients that have been shown to not only support one’s overall immunity levels but also help resolve a number of issues related to inflammation, poor nutrient uptake, etc that a person may be suffering from.