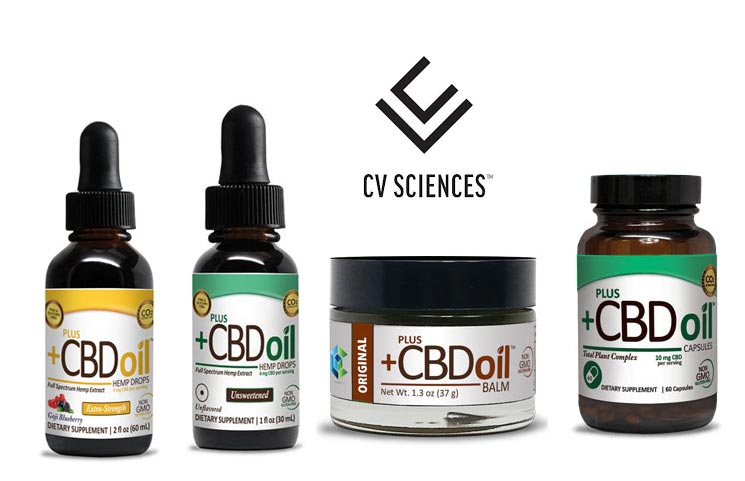 CV Sciences is most commonly known for their role as a supplier and manufacturer of hemp cannabidiol (CBD). However, they have recently announced their own research that shows how safe and healthy their PlusCBD line truly is, according to a news article by NutraIngredients-USA. Published in the Journal of Dietary Supplements, the study was titled “Effects of Hemp Extract on Markets of Wellness, Stress Resilience, Recovery and Clinical Biomarkers of Safety in Overweight, But Otherwise Healthy Subjects.”

In this new study, the authors show that the endocannabinoid system is triggered by CBD to have positive effects on the immune system, pain, mood regulation, sleeplessness, anxiety, and even the appetite. These effects can be credited to the inclusion of phytocannabinoids, synthetic compounds, and endogenous cannabinoids. While this research is consistent with other studies, even the newfound popularity and interest in CBD hasn’t been enough to have more research available on how safe the use of hemp-based CBD actually is. The researchers explain,

“Searching the biomedical literature database PubMed for key words such as ‘cannabidiol, hemp extract, hemp oil, and hemp oil extract’ revealed no human investigations that have examined these outcomes.”

Due to the lack of information, the researchers’ focus was primarily on the use of PlusCBD products, seeking out the effects that these products have on the aforementioned areas of the body.

With participation from 65 overweight but healthy men and women, the researchers performed a placebo-controlled and random double-blind study. The placebo (olive oil) was given in the form of one soft gel to one group, while the hemp oil extract was offered in the same type of capsule to the other group with 60 mg of CBD. Both of these groups continued to take a once-daily soft gel for six weeks to test the effects.

The only variable to be changed was the CBD use in this study. Anyone who was involved was told to keep up their regular lifestyle habits, including the food that they normally eat and the regular fitness efforts they take on. After the six weeks ended, the researchers found a major improvement in the healthy cholesterol in the participants, but they also helped with stress, perceived sleep, stress, and contentedness. Furthermore, there were no actual safety concerns to arise with any of the participants.

Hector L. Lopez, the study’s lead author, commented that the researchers discovered a positive effect on both the cholesterol levels and more details on the safety of such a remedy. Lopez remarked,

“In a first of its kind study, participants taking PlusCBD products had significant improvement in HDL cholesterol compared to placebo, while improvements in measures of life pleasures, stress responses, wellness, and sleep with also observed.”

He added that the CBD had “an excellent safety profile,” shutting down the claims that CBD can poorly impact the liver. However, another study recently published in the Journal of Dietary Supplements stated that there were low adverse effects, though some were present. Still both studies failed to find any liver toxicity, directly arguing against individuals who state that CBD in high doses may be dangerous.

Joseph Dowling, the CEO of CV Sciences, expressed that he and his team are “excited” for their part in this “CBD revolution,” as well as the chance to improve the market by “publishing sound science.”