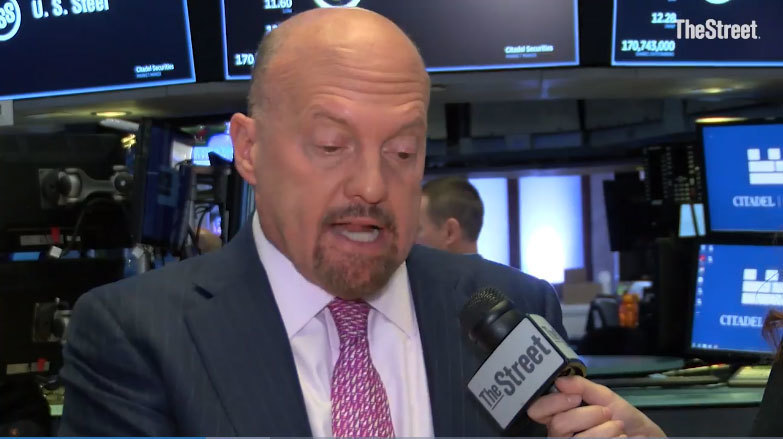 “My dog is a beneficiary of cannabis.”

Jim Cramer recently spoke with The Street to discuss a variety of topics, including Micron and the China-US Trades. However, speaking about CBD, the interviewer brought up Lolo Jones, who recently announced her partnership with a cannabis company called cbdMD. cbdMD has been in the media a lot lately for their accruing group of athletes, podcasts, and other supporters.

Cramer spoke about the 23rd commissioner of the Food and Drug Administration (FDA), Scott Gottlieb, saying that the former commissioner has been using CBD in a lot of ways that the public “shouldn’t” right now. While Cramer admits that CBD is controversial, he said that he presently uses the substance for two purposes – to soothe his sore muscles and for migraines. He clarifies that the CBD he uses comes from hemp, rather than cannabis, and contains no THC. Cramer presently is the chief spokesperson for the American Migraine Foundation.

In an effort to express how easy CBD is to use and the ways that it can be used in daily life, Cramer said that,

“Consumers could put a couple drops under the tongue if you can’t fall asleep.” He added, “I promise you’ll be asleep very quickly.”

He tells the audience that CBD is not an addictive substance, which is a risk that consumers take on with prescription medications for sleep and relaxation.

Even though these products have been successful for Cramer’s circumstances, he isn’t looking to push these options on the public. He states that there are probably circumstances that the product should not be used, but his personal experience has been “remarkable” with the topical products that he uses. He added that many of his peers comment that he’s “pro cannabis,” though he states that the stocks in this market have been “hard to own.”