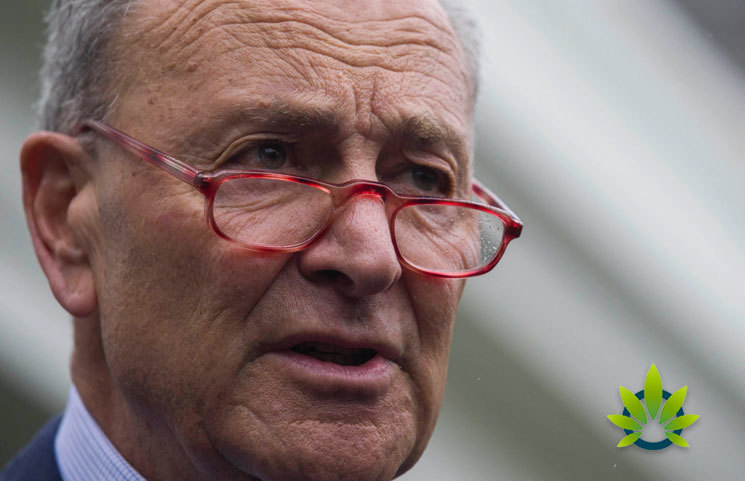 Despite the fact that CBD has been legalized through the 2018 Farm Bill, the FDA has yet to establish a set of rules as to how players within the market should operate. Given that the industry has potential to explode in billions, the Senate Minority Leader argues that the country needs some guidance now than it ever did.

Chuck Schumer went on to note that the industry also has potential to create jobs and eventually help the economy prosper. In particular, he said:

“That’s why I’m calling on the FDA to do its job in a timely manner and issue guidance related to CBD classification, labeling, quality, marketing and sales. And once the feds spell out these ABC’s of CBD, the industry will seed and grow from one corner of the state to the other.”

As many others have previously pinpointed, guidelines are most important for consumer protection. Due to the lack of regulations, many CBD products to date have been caught for either having underestimated the actual concentration of CBD or none for that matter, mislabeling and the presence of toxins among others. This can lead to a number of health problems, as the long-term effects remain unknown.

With so much pressure placed on the FDA, the organization has since responded, emphasizing that they are aware of Congress’ demands for hemp legalization. That said, they have also disclosed that they’re faced with a lot of regulatory challenges that need to be dealt with beforehand.

New CBD Study: Long-Term Effects of Use Cause Sleep Disturbances during Adulthood