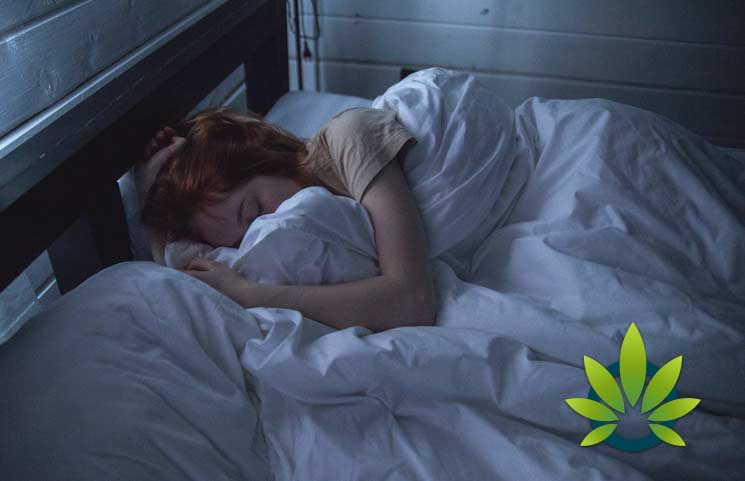 CBD, abbreviated for Cannabidiol, seems to have given bizarre dreams to some people. The reason for these erratic dream patterns may point towards CBD while there is no scientific proof for it.

Yasmin Tayag, a resident of New York, reported in her story in Inverse, about terrible nightmares she experienced after using a CBD roll on. The roll on that she had received as a gift seemed no harmful at all until she saw nightmares in her dreams.

Tayag had applied the roll-on on her forehead for two weeks and she started experiencing these strange patterns in her sleep which were comparable to bizarre events. It is quite strange that these nightmares stopped after she avoided using them before sleep.

Tayag reached out to people seeking an explanation of this phenomenon, and she learned that many people had reported unusual dreams after using CBD as a sleeping aid. Some said that they stopped seeing dreams after CBD usage, some people's dreams were more enjoyable which were terrific otherwise, while others say to have eerie dreams. There seemed to be no explanation about any connection between the two. People who had experienced such abnormalities are yet to understand it and come to any conclusion.

There is no scientific evidence as of now that CBD interferes with our dreams. CBD has many vivid effects in our body. Pure CBD induces alertness, and the other compound extracts contained in the CBD product helps in getting sleep. CBD has an anti-inflammatory affect on the body, meaning it relaxes the muscles and helps thereby in getting a night of good sleep.

An assistant clinical professor at the psychiatry department of the University of Colorado-Children’s Hospital, Dr. Scott Shannon, reported that clinical trials of CBD on his patients yielded better sleep. Shannon says that the greatest challenge in insomniac people or ones struggling to get a good sleep is their anxiety and worries. CBD helps positively in reducing pain, anxiety and therefore people are able to have better sleep.

This fact is supported by another psychologist named Dr. Jacob Vigil from the University of New Mexico. Vigil has been studying medical marijuana and has found that CBD users reported of having relaxed sleep and lower levels of insomnia. According to Tayag, she said that CBD use induced lesser anxiety levels and discomfort and a kind of heaviness in her body. However, she was clueless after waking up as she slept without any trouble except for the weird dreams.

The lack of any scientific proof doesn’t allow Tayag to reach any conclusion. However, she is still baffled about her nightmares and will need some time to establish any link between CBD and dreams. Until then, her suspect CBD is not confirmed guilty for giving her these strange dreams. To understand more about this perplex situations, an ample amount of clinical research and trials will be needed, to confirm the link between CBD and our dreams.