Canopy Growth: A 2020 Review of the Growing Cannabis Company
Advertisement 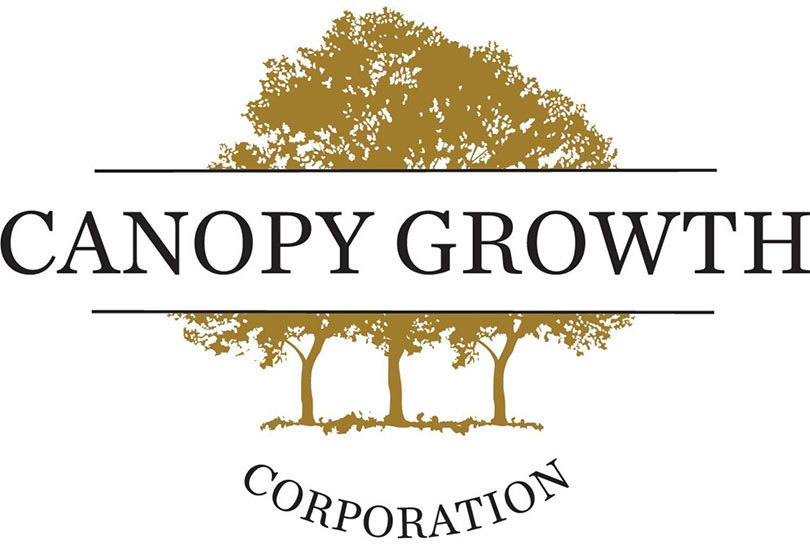 Canopy Growth Corp (CGC) is the world’s largest publicly listed cannabis company. Founded by Bruce Linton and Mark Zekulin, the company’s market cap is over $15 billion. Founded in 2013, this 6 year old company has enjoyed incredible growth, thanks to their riding the emerging cannabis trend.

The company wasn’t always Canopy Growth Corp though. It was initially known as Tweed Marijuana, Inc. At the time, there was a third co-founder in the person of Chuck Rifici. Rifici played a huge role in growing the company, and was known for his amazing talents. It’s why he was nicknamed “The Willy Wonka of Weed”.

Of course, when the firm went public a year later, Rifici was removed from the company’s leadership, even though he still retained a huge chunk of the company stock. As a result of his non-active role in company, the name was changed to what is now known as the Canopy Growth Company.

It’s important to note that while Rifici has no active role in the company these days, he may have had a role in influencing favorable policies that the CGC has benefited from. His connections with powerful government policy makers is one of the reasons for his removal from the company in the first place. There were strong insinuations that his relationship with the government may pose a conflict of interest.

Afterwards, with Linton in charge, CGC grew to become the world’s leading cannabis company, thanks to his visionary leadership. Linton basically integrated all parts of the processes; from growing to packaging, thus making Canopy Growth a full service cannabis company.

As a result, not only did the company save a ton of money that would have gone to third party vendors, they were able to exponentially increase their profits, thanks to rapid scaling systems. Their biggest leap came from going public; which led to them going from a $100 million valuation to $15 billion.

What Does Canopy Growth Corp Do?

CGC is the world’s largest cannabis company. It’s also the first to be publicly traded on any stock exchange. The company produces a wide range of cannabis based products.

As a primarily cannabis focused company, they have employed over 3200 employees who work on everything from growing to handling customer support. This is a full-fledged company that caters to over 270,000 customers in Canada alone.

As a result, they produce and ship over 500,000 products from their various distribution centers every day. That’s a massive 15 million units of their wide range of products moved every month. Speaking of their products, they’re the company behind many known cannabis product brands. These are:

Between all these brands, CGC has cornered a huge share of the cannabis market –and continue to do so. These brands produce everything from CBD and hemp capsules, concentrates, oils, pipes, t-shirts, loose herbs, skateboards and even lighters.

A while ago, the partnered with Constellation Brands, who bought a $4 billion stake in the company. Also, as part of its expansion efforts, CGC bought Acreage Holdings LTD, a US-based cannabis company in preparation of US’ cannabis legalization. With their resources, chances are they will go on to corner a significant part of the hemp market share in the US.

The company has recently come under a lot of scrutiny after Chairman and CEO, Bruce Linton was fired from his job. Of course, the official statement says he resigned. But Bruce recently went on air to state that he was let go by Constellation Brands.

Constellation Brands currently owns 38 percent of Canopy Growth shares (that’s over 140 million shares), and 4 seats out of the 7-member board of directors. This officially makes them the majority on the board.

The company currently brings its beverage brand to the table and gives CGC a foothold in the cannabis beverage market. The $4 billion from Constellation Brands is currently being used to build a cannabis-infused bottling company in Canada.

While the company may have run into certain legislative issues such as the limiting of THC quantities, experts opine that the $4 billion may play a more significant role. According to Jefferies analyst Owen Bennett,

“They are now using the $4 billion in cash they got due to Constellation to get a route to control in the world’s biggest market, and what’s more, in the U.S.’s biggest player,”… “If they didn’t have the cash then it would be unlikely they could do such a deal as it would be very difficult to raise capital in the debt markets for a right to buy when that right is not even certain anytime soon. In that context, the Constellation deal looks shrewd beyond the beverage capabilities it brings them.”

Linton’s removal came on the heels of a poorly performing 2019 first quarter. Linton is currently replaced by co-founder Mark Zekulin as CEO. Zekulin however, plans to step down in the near future. The recent poor performance, saw the company taking a loss of C$122 million.

How Many Shares Does Bruce Linton Own in Canopy Growth?

While Bruce Linton owns about 18 million shares of Cannabis Growth Corp, his being edged out hasn’t hindered him from buying up more stocks. He believes that now is the best time to buy the company’s shares because the company will rebound and make more money.

This has been corroborated by the newly emerging cannabis 2.0 market in Canada. This market is likely to spring from favorable legislation that will encourage cannabis providers to add more products to their line.

Is Investing in Canopy growth Smart?

Despite these developments, Linton has stated that he has continued to buy shares of Canopy Growth. He projected that stocks would double in price and that it was worth it to be a part of the enterprise.

There’s also the real concern about the company valuation being largely driven by projections and speculation, instead of income. Some folks believe that these valuations are inaccurate, and that it might correct itself after a while. This makes sense when you consider that an almost $15 billion company only makes a mere S10 million in revenue.

So, is investing in cannabis Growth Corp advisable? Well, ultimately, you have to look at the future of the company based on its current activities. CGC is actively buying all cannabis companies that are willing to sell. Not just that, they are looking to expands on to US soil.

Then, there’s also the imminent favorable legislations in both Canada and the US to consider. This implies that they believe in their products and are taking a monopolistic approach to it. If this works, then the company’s current share price may just be a fraction of what it can potentially become.

What Does the Future Hold for Canopy Growth Corp?

If the current market climate and their business activities is anything to go by, this company is on the verge of becoming an unstoppable force in the hemp industry.

With its intending acquisition of new cannabis companies and partnership with known brands like Constellation Brands, CGC might soon become the Alphabet of cannabis.

This means that many smaller cannabis companies could potentially become casualties of “war”, and lose their market share, which CGC goes on to control the market. While this might pose an ethical conundrum and position them as too big to fail, investors will definitely make a ton of money from investing.

Companies that attain that elusive “too big to fail” designation often become huge moneymakers for their shareholders. If this is what you want, then Canopy Growth Corp is a solid cannabis investment. The company’s revenues are projected to hit the C$650 million in 2020. With this upward trajectory, we might be looking a 3-figure share price in the near future. Thanks to all those who contributed to the making of this Canopy Growth 2020 review, especially Marijuana Break for the resources and insights.