Analyzing Hemp's Naturally Versatile, Diverse and Mighty Power as the Plant of the Future
Advertisement 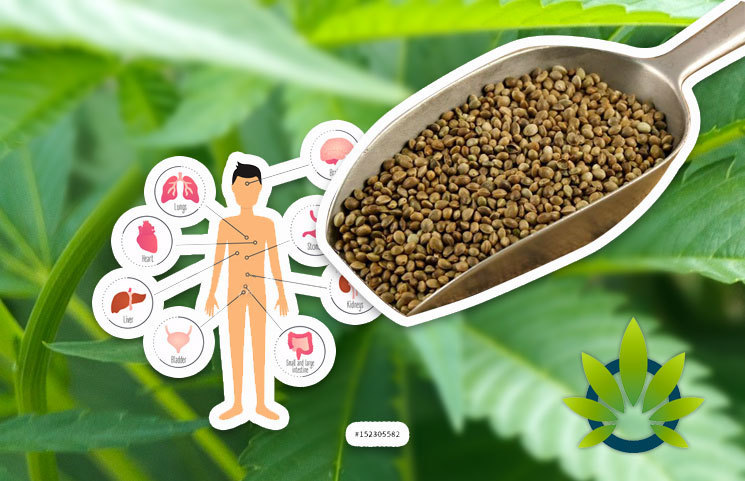 The legalization of marijuana over the recent years has attracted widespread attention. The naturally occurring plant contains a wide spectrum of biochemicals which are metabolized in the body and their effects can be profound. Cannabis has two major varieties- Cannabis Indica and Cannabis Sativa. There is another cousin called hemp which is a variation of the Cannabis Sativa. The difference between Indica and Sativa is that the former is shorter and bushy with broad leaves, while the later variety grows tall and thinner with narrow leaves. There are a number of chemicals that are found in the cannabis plant which are also found in other plants, and some are only specific to the cannabis plant. This is also one reason why some marijuana buds and leaves smell like lemon, pine and raw mango.

Of the hundreds known phytocannabinoids exclusive to the marijuana plant, some specific and well known are tetrahydrocannabinol (THC), cannabidiol (CBD) and cannabinol (CBN). The Indica strain contains higher CBD content than THC, and from those of Sativa have higher THC and lower CBD content. Hemp is a variety of the Sativa plant and its extracted products like fiber, oil and seeds have been used since ages for industrial uses. Industrial hemp is valuable as it is used in the fiber industry, paints, cosmetics and even in producing energy fuels.

Though used since the ancient times, modern day research has backed up the plant’s properties which is claimed to cure a number of medical conditions. The cannabis plant has been used to treat chronic pain, sleeplessness, irregular bowel movements, bone developments, seizures and many more. These properties have been utilized by mankind since times when pharma drugs were not readily available in the market. The industrial age and the growth of the big pharma companies have covered these helpful medicinal properties with the notion of taboo as these companies began to earn massive profits out of their synthetic products. However, until recently there is been a complete uncovering of these novel health benefits from the cannabis plant.

The System not Known Much About

The cannabinoid receptors bind to the cannabinoids like CBD and THC. The combination of these phytocannabinoids with the ECS receptors has been found to have various effects in the body. THC for example being psychoactive induces euphoric high while CBD being non-psychoactive doesn’t induce high, rather benefits the body in different ways. These receptors are present everywhere in the body like brain, skin and bone.

The therapeutic potential of cannabinoids has been the topic of extensive investigation following the discovery of cannabinoid receptors and their endogenous ligands. Several studies have revealed that cannabinoids act as neuromodulators for various processes, including motor learning, appetite and pain sensation, among other cognitive and physical processes. This can be a useful tool to correct a multitude of medical conditions like fibromyalgia, migraine, epilepsy, reduced memory and degenerative illness like Alzheimer’s and Parkinson's disease.

Carl Germano, CNS, CDN and a Board certified clinical nutritionist says that “Every physiological function is governed or influenced by the endocannabinoid system.” In his book Road To Ananda: The Simplified, Illustrated Guide To The Endocannabinoid System he insists that ECS is responsible for maintaining a balance between interdependent physiological processes, called as homeostasis. He quotes “You cannot be healthy if your endocannabinoid system is not nourished and functioning properly.”

The reaction of a body towards pain and stress is affected in the ECS. Sites of action for endocannabinoids in suppressing pain were used as healing techniques in ancient times. This is supported by the clinical trials and advanced research going on in the cannabis field. In our body, deficiency of the endocannabinoids can also cause symptoms of fibromyalgia, migraines, irritable bowel syndrome. Poor ECS functioning can also result in inflammations contributing to the development of arthritis and cardiovascular diseases. There are also other ways in which the normal activity of the ECS is affected. Deficiency of omega-3 in the body can also interfere with ECS activity.

For numerous ages, marijuana was being used to get relief from pain and inflammations. The scientific community has also agreed with this very fact as they have seen that CBD and other cannabinoids trick the brain and dissociate the feeling of pain, giving the user a sense of relief. CBD has been used in the treatment of chronic pain from fibromyalgia, osteoporosis, and arthritis. It eases the inflammation caused in the muscle tissues and heals them.

Hemp products like CBD can be wonderful alternatives to painkillers which often have adverse side effects. Also the addictive behavior of these opioid-containing painkillers can be suppressed by using hemp. It has no side effects on the user and is completely safe. It has been clinically proven and tried on many animal models that CBD is helpful in pain relief in terms of efficiency and safety. In patients with post-traumatic stress disorder (PTSD) and postoperative pain, CBD treatment offers much more natural relief than the prescribed painkillers.

Cannabis has been found effective in treating anxiety and related disorders. This has been related to the synergistic effects of the cannabinoids to the serotonin receptors in our brain. Mood swings and hyper perplexity can be controlled. It creates an anti-anxiety and antidepressant state in the body and the user feels better and calm.

It has been reported that hemp use can induce better sleep in users. It has been found to foster rapid eye movements (REM) which in turn help in sound sleep. Lack of it can cause anxiety, irritation and loss of concentration. Unlike the day time drowsiness induced by sleeping pills, cannabis use doesn’t do anything of that sort. It is hence a natural way to fight insomnia and its related disorders.

CBD oil was particularly found to be life-saving for a small girl named Charlotte Figi. She used to suffer from a very rare form of epilepsy known as Dravet Syndrome. She used to suffer multiple seizures in a day and gradually her health was degrading. Her parents had tried all medical help but none could comfort her or them. Ultimately when she was given CBD oil, her frequency of seizures reduced and over a course of time she recovered completely. CBD has also been seen in other patients to decrease the seizure count.

Besides being helpful in the treatment of pain, inflammation, anxiety, sleeplessness and seizures, hemp has found its beneficial application in other areas of our body also. Scientists have found the cannabinoid receptors in bone tissue and endocannabinoids control the cells that build up bone and those that break down the bone. Hemp use could also support the development of skeletal tissues. Germano states that “In both animals and humans, the ECS plays a critical role in bone health, which paves the way for phytocannabinoids to help combat osteoporosis.”

The benefits of hemp for our skin tissues were realized way back in time and since then it has been used in the cosmetic industry. Besides from keeping the skin moisturized, they control cell proliferation and differentiation. It provides protection from conditions such as seborrhea, eczema, psoriasis, acne, and age spot development.

The ECS helps to control gut motility, which is the rate at which food moves through our digestive tract. It works with what is referred to as gut-brain axis, the connection between neurons in the gastrointestinal tract and the brain. Hemp usage regulates the irritable bowel movements, like inflammation, bloating and pain, and helps in appetite building. This is very helpful for treatment of appetite loss in chronic illness according to experts at Washington State University. Hemp oil has been used for cooking purposes for long time.

Science has recently started digging up the health benefits of cannabis or hemp. It has been an ancient knowledge for humankind and the usage of hemp has been very primitive. The amount of research work on the different phytocannabinoids and their working with the ECS has to be increased to understand the numerous other benefits that we can gain from hemp.

As of now, the clinical trials and literature are adequate to prove the novel applications of hemp in the medical sector. Apart from its medicinal values, the already known products also need to be developed for a better and greener economy.