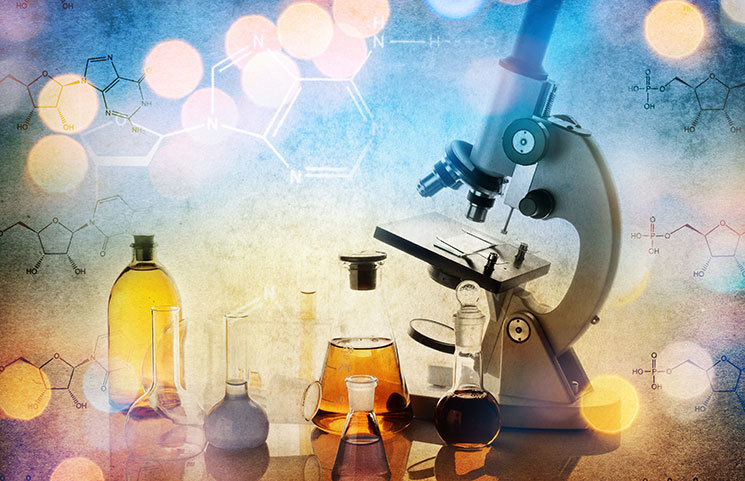 butCannabidiol (CBD) is fast becoming a popular compound largely because there are teams of researchers examining its potentials and proving its efficacy for the relief of certain health conditions.

Currently, a lot of the health conditions that are treated with CBD, are those whose traditional medications produce significant side effects. CBD has become the “drug” of choice because it has zero side effects.

While there are lots of research into CBD’s properties and possible applications, the following studies –carried out in the last 2-3 years- stand out because they provide real insight and concrete proof of the conditions that the compound can help treat.

CBD Studies on the Effects of CBD for Non-Opioid Addiction

A March 2018 study showed that CBD can help people with non-opioid addictions quit those medications, without giving in to the withdrawal symptoms that typically compel people to start taking drugs again.

Addicts looking to quit alcohol, cocaine or heroin, often find the withdrawal symptoms too much for them to handle. Apart from the severe cravings, other symptoms include extreme anxiety and poor impulse control are enough to get them to relapse.

The study showed that the transdermal application of CBD resulted in lower anxiety and increased impulse control. This means that using CBD can help addicts quit these dangerous substances without having to go through the painful withdrawal symptoms.

Study About CBD’s Effect on Rodents

CBD is a well-known mood enhancer and antidepressant. This was the product of studies carried out in lab rats. This is coming at a time when 1 in 5 individuals across the globe suffers from some sort of clinical depression.

While there are drugs like Prozac and Xanax which help with the condition, they tend to have unpleasant side effects. Xanax, for instance, can cause cognitive impairment.

Also, for those who are getting treatment through prescription meds, the effects of the drugs take a while to build up in the system, instead of them being fast acting. CBD has been shown to help elevate moods within minutes and leaves no side effects.

A June 2018 report showed this to be true. The study was carried out on rats that were depression prone and had certain attributes that were indicative of depression. The administration of CBD eliminated many of those behaviors, causing them to display more social behaviors.

The rats’ brains were observed to have higher levels of BDNF, and improve the connection between various brain cells, which in turn improved their moods.

Cannabis, the plant from which CBD is extracted, also contains many other cannabinoids. One of them is called tetrahydrocannabinol or THC. People who take THC rich hemp or cannabis tend to have their hippocampus affected.

The results are an addiction, cognitive impairment, perpetual stress, and increased anxiety. While you’re taking THC rich products, all these symptoms go away. But as soon as the compound is used up by your endocannabinoid system, your body starts craving more –the addiction.

And if you don’t “feed” it, you’ll start experiencing withdrawal-like symptoms. So, in order to feel better, you have to give it more THC. Over time, you’ll have to increase the dosages.

The study which carried out in Australia sought to determine CBD’s neuroprotective properties. Participants who were regular marijuana consumers had the size of their hippocampus measured, and compared to that of non-smokers and non-THC users.

The results showed that when compared side by side, non-users had bigger hippocampus parts than regular marijuana users. The neuroscientists then gave participants four 50mg capsules of CBD daily for 10 weeks.

After 10 weeks of consistent consumption, users who took CBD saw parts of their hippocampus increase in size. The conclusion of the study was the CBD can be used to either reverse the effects of THC on the brain or prevent any alterations/damages in the first place.

Study of CBD’s Effects on Reducing Rate of Epileptic Seizures

CBD has become increasingly popular after its seizure curbing properties were discovered. A 2018 report published in the Neuroscience journal showed that CBD can help curb the frequency of seizures in people suffering from epilepsy.

Participants who took the placebo saw a 17.2 percent drop in seizure events. Drop seizures are seizures capable of causing extreme loss of muscle control and balance. While there have been a few other studies on CBD’s effects on epileptic seizures, this is the first to offer specific dosing recommendations.

Study on the Effects of CBD on Dogs Suffering from Osteoarthritis

A Cornell University study led by Joe Wakshlag, showed that dogs with osteoarthritis, who were administered with 2mg of CBD twice a day enjoyed better comfort and increased physical activity.

The study was aimed at determining the efficacy of CBD in providing relief for dogs with osteoarthritis, among other things, involved the administration of 2mg and 8mg doses to dogs. The results showed that after four weeks of treatment, there was a noticeable reduction in pain as well as increased activity in the dogs.

Study on the Possible Complementary Effects of CBD and Chemotherapy

The Oncogene journal published a study about the effects of combining CBD and chemotherapy, and how they helped improve the lab mice’s survival rate.

The study which involved mice suffering from pancreatic cancer showed that those who were treated with both chemo and CBD survived thrice as long as those on just chemo alone.

Marijuana is often popularly used by cancer patients to help combat the relief and prevent nausea. The new study shows the potential of CBD in the treatment of cancer and proves the need for human trials to determine if it’ll produce similar results.

Another 2018 study involved kidney transplant patients in Uruguay. These patients were given CBD along with other medications to help determine the safety and possible drug interactions that might occur from combining them together.

Participants in the 3-week study were given CBD in incremental doses –from 50mg to 150mg- twice daily. During the course of the treatment, the patients’ liver function, creatine, liver enzymes, drug levels, and blood count were checked every 48 hours in the first week, and once a week afterward.

The results indicated that two had significant pain relief, another four experienced partial relief, and the one didn’t experience in a difference in pain levels. So, the results were mixed, with all of them having symptoms like nausea, dry mouth, and dizziness. Although these side effects were nonexistent after the patients were off their cocktail of meds, and took only CBD afterward.