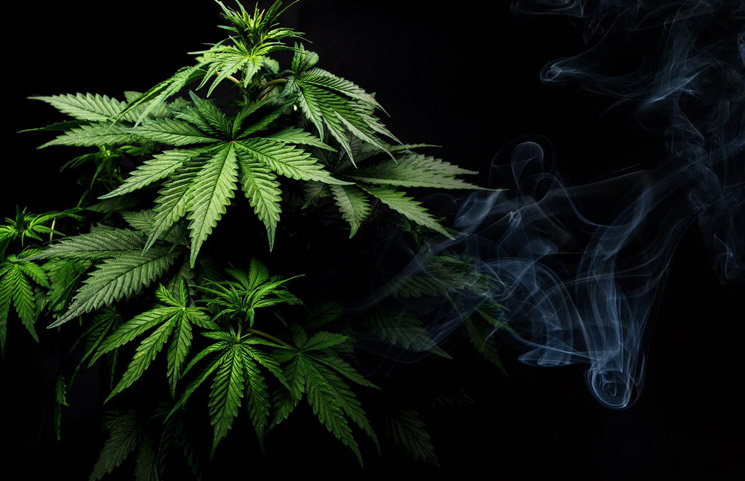 Researchers and engineers at the University of Alberta have identified some potentially dangerous substances in cannabis smoke, thus raising a higher consciousness about the possible effects of these products on the user’s overall health. Robert Nishida, a postdoctoral fellow at the University of Atlanta, and a co-leader in the latest research effort says:

“It is not entirely far-fetched to say that marijuana smoke poses a significant health risk; nevertheless, further research on the matter is warranted.”

Among the billions of substances discovered in just one puff of cannabis smoke, the team, led by Nishida, identified 536 particles and located 2,575 compounds of a chemical nature. Among these, 110 substances recognized as either toxic, teratogenic, carcinogenic, or mutagenic. Moreover, these chemicals can potentially interfere with the fetus or embryo development process.

Further, the Nishida-led team discovered other toxic chemicals in tobacco (173). The substances found in cannabis smoke proved to be around 29 percent larger. Overall, the researchers identified about 3.4 % extra mass from accumulated particulate matter in the typical joint of cannabis as compared to a cigarette.

Nishida added: “With a little caution, this is the mass that we usually call tar.” Typically, tar works as a term that usually describes that common tacky brown substance, which typically results from toxic chemical particles after burning tobacco.”

The Nishida team’s practical expertise, which led to the development of instrumentation that's commonly used to measure aerosol particles, made use of a particular “smoking machine.” The experimental machine typically behaves like a lung, drawing a given volume of smoke, taken from a cannabis cigarette, and a standard tobacco sample.

Nishida revealed that tobacco-based cigarettes were selected to work as a benchmark since they have been a subject of study for several decades.

“We compared all our specimen samples and their measurements against a typical reference cigarette. We, therefore, took what we considered as the most typical or standard marijuana joint.”

The smoke is put into a large bag. Here, the laboratory’s aerosol instrumentation will measure the particle properties, which are  classified going by their physical attributes, including concentration and size, along with a few chemical properties in tow.

Nishida further said that the particle’s size is what determines the part of the lungs where they are deposited; this also applies to the place where the chemicals are stored. He said,

“Whether this will be in the upper airways, the throat, or whether it goes deep down in the alveoli, it all depends on the particle size, as well as the physical attributes of the substance.”

The scholar said that a complete understanding of the overall health effects of tobacco smoke is, perhaps, not yet ready; regardless, the public is already widely warned of the substance’s health hazards.

“It is not completely unreasonable to claim that marijuana smoke contains certain potential health effects. Keep in mind that researchers have studied tobacco smoke for many decades; regardless, the scholars are yet to get a complete picture of the health effects of using tobacco substances. In comparison, the research capacity, with regards to marijuana, is far from comparable.”

According to the scholar, researchers still need to develop a better knowledge revolving around marijuana, with the different profiles of puff, cannabis strains, and joint design. They also need to understand how the chemicals get delivered, to perceive the extent of their health effects. This study, which is known as the “Comprehensive Characterization of Tobacco Smoke and Mainstream Marijuana,” was recently published in the journal Scientific Reports.