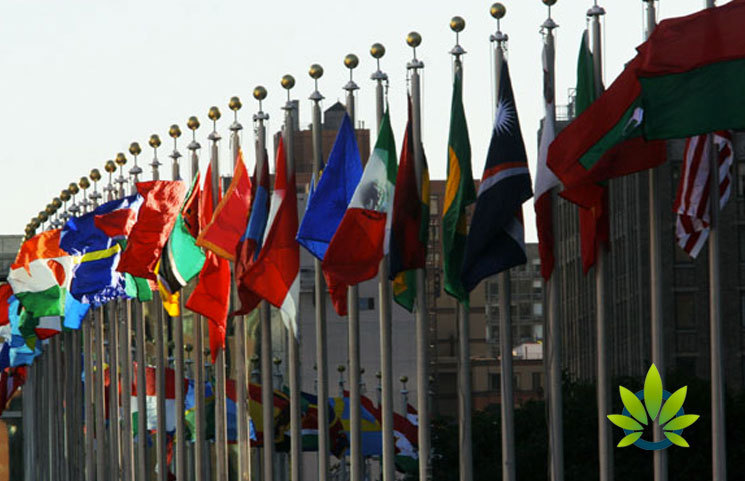 The laws regarding cannabis vary throughout the world, especially among states in the US. However, one of the most concerning differences in cannabis law stems from the differences between the legalization with the United Nations and international law. According to Health Minister Greg Hunt, it is possible that the international laws are not compatible with the recent laws established by the United Nations, according to reports from the Canberra Times in Australia.

A letter was issued to Australia’s Foreign Minister Marise Payment and Health Minister Greg Hunt by the International Narcotics Board of the UN about a month ago. The letter sought information about the current ACT laws, making it possible for any adult to legally possess no more than 50 grams of cannabis at any single point, with the ability to cultivate two plants per person. In a household, the maximum number of plants is four.

In the letter on Monday, the board stated that they have

“Noted with concern recent reports regarding the legislation of cannabis, use and cultivation in the Australian Capital Territory, effective 31 January 2020.” The letter continues, stating, “The board wishes to recall that the cultivation, production, and distribution of cannabis for non-medical purposes is inconsistent with the provisions of the 1961 Convention as amended, in particular article 4(c), which requires state parties to limit the use of narcotic drugs exclusively to medical and scientific purposes.”

The board noted that recreational marijuana, i.e. any non-medically used marijuana, is “inconsistent” with the present “legal obligations” of Australia internationally. As a result, Hunt states that Australian could be risking their own law by breaching these obligations.

Hunt noted that the ACT didn’t go into this legalization with proper consideration, adding that the quick decisions put Australia in a place that could threaten their good standing with the International Narcotics Board. He said,

“That does have an impact for Tasmania because one of the reasons that we’re able to have a strong poppy industry here in Tasmania is because we have the support of the International Narcotics Board.”

He stated that recreational cannabis use is linked with the onset of schizophrenia, ultimately creating a massive impact on the brand. The response that the ACT has taken to the concerns of Hunt, in his opinion, have “frankly been inadequate.” He added that their actions have “been irresponsible” and they seem to be “blind to the mental health consequences.”

Dara Torres Credits CBD to Her Overcoming an Eating Disorder, Despite Missing 2012 Olympics