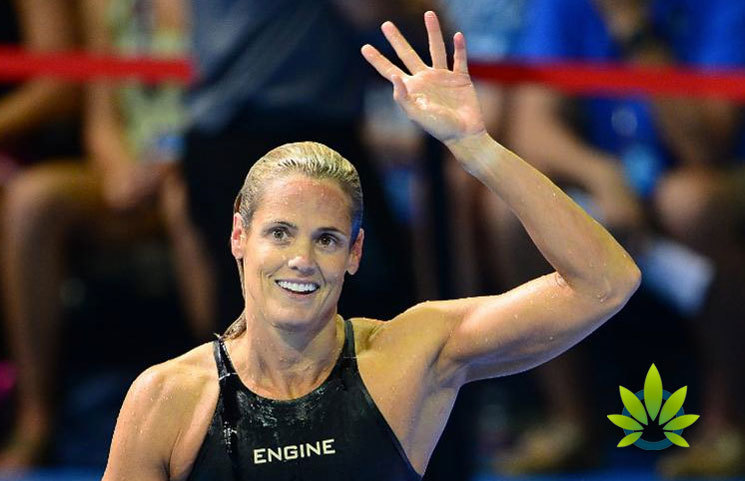 Dara Torres is a two-time Olympia medalist, spending much of her life in the pool or gym. Now age 52, the retired competitive swimmer has been taking a break from the sport, but still spends time in the gym for stress release and remaining healthy. With these efforts, Torres has discovered the benefits that CBD can provide, leading her to become a Chief Wellness and Lifestyle Officer with CanniBrands. Recently, Torres spoke with Parade about her self-care routine and the way that she’s spending retirement.

Torres reveals that she had struggled with an eating disorder, leaving her fearful of food. She explains that her new thought process is much different, stating,

“Eat healthy, but if you have a craving for something, don’t deprive yourself; just have a little bit of it to help with the craving that you have. My philosophy is that if you are keeping yourself from eating certain things and not having what you want, you’re gonna want it more than you should.”

Slowing down is “not in my nature,” says Torres, which is why she still tries to work out “every day.” While she used to be “kind of crazy” about working out when she was dealing with her food-based fears, she isn’t the same anymore.

Between these food fears and the workouts, along with her difficulty with sleeping, Torres was led to using CBD. While she was apprehensive at first over the possibility of THC being in these products, CanniBrands expressed that their remedies do not contain the substance. The first product she tried was Can-I-Sleep, and she was locked in.

Slowly introducing her to the whole line, the creator of CanniBrands decided to add Torres on to their team. Her interview with Parade continued by elaborating on the misconceptions about CBD, and why she believes so strongly.

“It’s unfortunate that there’s a misconception about it because there is this fear of CBD, and it’s not like having marijuana with THC in it. And one of the reasons why I believe so much in it is Andy, my strength coach who introduced me to it, is one of the people that helps me with the formulations. And he has athletes that take the stuff and there’s no way he would ever be a part of anything but all-natural products in it.”