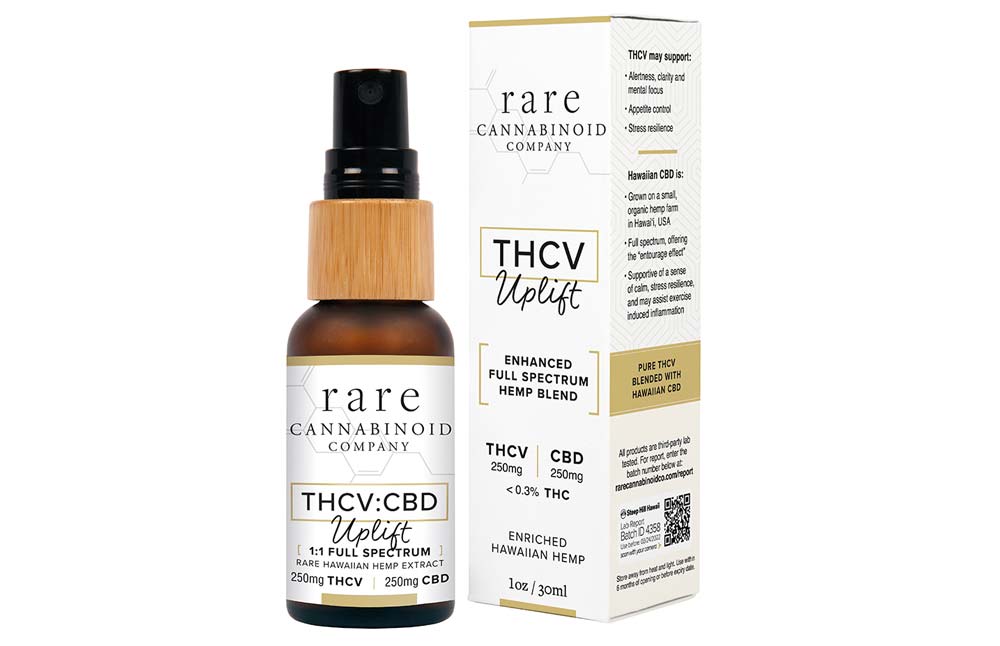 THCV is a very rare form of cannabinoid and, as a result, is widely sought after. It possesses stimulating and appetite suppressing properties. It's also under examination for potential neuroprotective and antipsychotic properties and can help in the treatment of type 2 diabetes, promotion of bone growth, and Alzheimer's. THCV is different from tetrahydrocannabinol (THC), which is the psychoactive substance mostly found in cannabis plants and hemp.

THCV is touted for its ability to help people reduce weight, and hence nicknamed the ‘sports car of cannabinoids.'

“Rare” or “minor” cannabinoids, like CBN and THC, promote wellness and are found in naturally lower levels in cannabis plants and hemp. THCV has been the toughest to find and isolate. Several years back, strain hunters went out to search for African landrace cannabis plants in the Democratic Republic of Congo (DRC) and found them containing a mere 1% THCV.

The founder of Rare Cannabinoid Company Jared Dalgamouni said they are thrilled to be the first company to manufacture pure THCV. Dalgamouni also noted that individuals now have the chance to take the cannabinoid in a measured way to suppress their appetites and boost their strength.

The launch of this product comes a few days after the company was featured in the leading cannabis website in the world: Leafly.

The single extract tincture contains a very high THCV (500mg) in organic MCT coconut oil. Leafly claims that THCV can help manage panic attacks, diabetes, and Alzheimer's as well as bone growth. Rare Cannabinoid Company's products don't contain any flavors and can be consumed on its own, mixed with Full Spectrum CBD Hemp Extract or be included in THC or CBD wellness routine.

The blend contains a good ratio of THCV and organically grown hemp extract sourced from Hawaii. It is gently flavored with organic Italian lemon and wild orange oils. The blend is taken every day as a hemp-based supplement. According to Leafly, CBD can aid concentration, relaxation, and overcoming mental stresses. For those who require a complete cannabinoid supplement, it can be considered as a great choice.

One of the ways to obtain the best possible results when using Cannabinoids is by using them in combination. This process is referred to as the entourage effect, as they augment each other and provide a wide range of health benefits as a result.

Apart from the tinctures mentioned, the Rare Cannabinoid Company also provides products containing CBC (cannabichromene), a full-spectrum CBD (cannabidiol) base oil, CBG (cannabigerol), and CBN (cannabinol). These cannabinoids are still under research but are thought to possess several benefits.

CBC can control or improve your mood and get rid of skin conditions such as acne. CBC is also being researched for its potential to fight cancer.

CBG contains antibacterial properties. One study revealed it is capable of fighting superbug MRSA. It is also capable of soothing inflammation and battling cancer.

CBN can work as a sedative by assisting with relaxation and falling asleep faster. It also helps to relieve pain.

There is a rapid increase in research on the rare cannabinoids as more of them are being isolated and presented to the public. Hawaiian Choice started the Rare Cannabinoid Company as a result of consumers' increased yearning for these compounds. Today, it is the widely known CBD brand in Hawaii.

Dalgamouni said each of the rare cannabinoids is assumed to provide distinct physical or mental value.

At the moment, Rare Company is offering free shipping in Hawaii and the US on all orders.

CBD topicals, edibles, and oil tinctures are available in at least 150 places from New York to Tokyo. They are found in extravagant spas such as the Grand Hyatt Kauai and the Four Seasons Maui.

Stores that would like to stock any of the brand's THCV or the one-to-one THCV plus Hawaiian CBD oil blend can apply for wholesale on the products' websites.