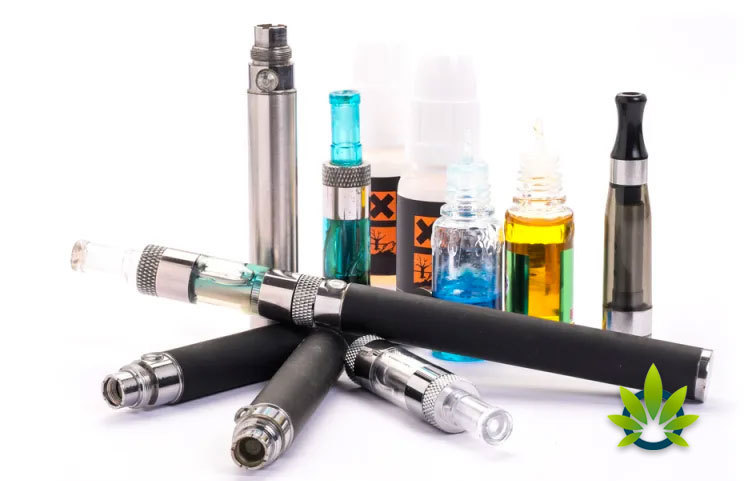 Federal health officials have been on high alert with vaping-related lung illnesses lately. Over 450 cases have been reported so far, with possibly six deaths linked to vaping. There have been multiple statements by health officials on the severity of these concerns, though no single product has been determined to be the cause yet. Now, according to reports from Forbes, the Trump administration may be taking action in the vaping sector, banning any products that do not include the use of tobacco.

As a result of these changes, reports are coming out that the Food and Drug Administration (FDA) is preparing final guidance that would require the market to drop all e-cigarette flavors, with the exception of tobacco. US Health Secretary Alex Azar commented on Wednesday that the removal of these flavors was an effort to deter youth use.

He stated, “The Trump Administration is making it clear that we intend to clear the market of flavored e-cigarettes to reverse the deeply concerning epidemic of youth e-cigarette use that is impacting children, families, schools and communities. We will not stand idly by as these products become an on-ramp to combustible cigarettes or nicotine addiction for a generation of youth.”

The FDA also plans to take action against any company that appears to target children and teens in the use of flavored e-cigarettes.

The only theory that health officials appear to have is that the vaping products contain THC, which is the psychoactive chemical that occurs in cannabis. However, not all cases are reporting the use of THC, and some of the potential sources of THC come from the black market. On Friday, the Centers for Disease Control (CDC) recommended that vaping products no longer be used, regardless of whether they use nicotine or cannabis, until the officials find the actual cause. Some areas have already risen to the challenge, as the state of Michigan banned e-cigarettes last week, and the city of San Francisco followed along.

Before this unfortunate epidemic happened, the FDA was already in the middle of investigating at least 127 reported seizures, which are believed to be linked to vaping. At this point, scientists aren’t entirely sure of the effect that vaping can have on the body over time, but it is widely believed that e-cigarettes pose a much lesser risk to consumers than tobacco cigarettes. The CDC had previously warned nonsmokers to avoid vaping, but e-cigarettes still managed to be a $2.3 billion business last year.

Not everyone feels positively about this possible ban. For instance, American Vaping Association President Gregory Conley commented that the ban would “remove life-changing options from the market.”

On Twitter, First Lady Melania Trump expressed concern over the recent cases of lung disease, stating that “we need to do all we can to protect the public from tobacco-related disease and death.”