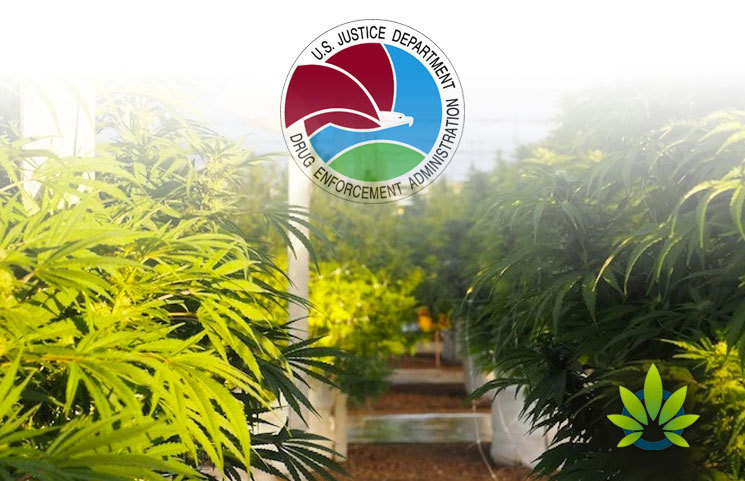 Research on cannabis has been relatively restrictive in the United States, due to the lack of federal legalization. However, the Drug Enforcement Administration (DEA) has a plan. In a notice published on Thursday, the DEA stated that they want to have 3.2 million grams of marijuana grown legally next year. During this research, the DEA will require over 7,000 pounds of cannabis, allowing them to investigate the effects that it can have.

A recent article in Forbes states that this new proposal is part of the annual quota that the DEA has for the manufacturing of controlled substances. It allows them to “provide for the estimated medical, scientific, research, and industrial needs of the United States, lawful export requirements, and the establishment and maintenance of reserve stocks.” As Forbes pointed out, the amount of marijuana that the DEA plans to have grown in 2020 is over 30% larger than the current year’s quota, which is just under 2.5 million grams.

In a press release, the DEA explained,

“This will meet the need created by the increase in the amount of approved research involving marijuana.”

Through the last two years, the DEA has registered 40% more individuals for research of cannabis, rising from 387 to 542 from 2017 to 2019. Now, the DEA wants to increase those numbers again.

#Breaking: @DEAHQ announces a proposed ↑ in production of #marijuana for research purposes in 2020 to 3200 kilos, triple 2018. As of January 542 individuals are now registered by #DEA to do research with #MJ More: https://t.co/5nFnhOteAa pic.twitter.com/08VQfHjenn

Last month, the agency had explained that they are planning to process new licenses for individuals to manufacture marijuana, even though they initially invited these applications over three years ago. For over 50 years, a single farm at the University of Mississippi has been the legal source of all of the cannabis available to use in research in the United States. However, the scientists performing this research have complained about the quality of the marijuana, as well as how difficult it is to actually procure anything from the farm.

According to the data, the federally approved marijuana that is presently available to researchers is more like hemp than the commercially available marijuana found in dispensaries. Considering this lack of potency, there are many questions regarding how realistic their results could be without using a potency that matches what consumers use.

When asked about this low potency level, the director of the facility stated that he couldn’t understand how any consumer would really want to use cannabis that exceeds 8% THC, which is far lower than what dispensaries offer. However, this is just another sign that his cannabis may not be effective in the research that is being performed.

Public comments are being accepted on this new quota through October 10th, as well as the proposed quotas on THC, LSD, MDMA, and psilocybin being produced in the next year.