New Immunities to Navy’s Zero-Tolerance Policy as Topical CBD Creams with THC of 0.3% or Less Given the “OK”
Advertisement 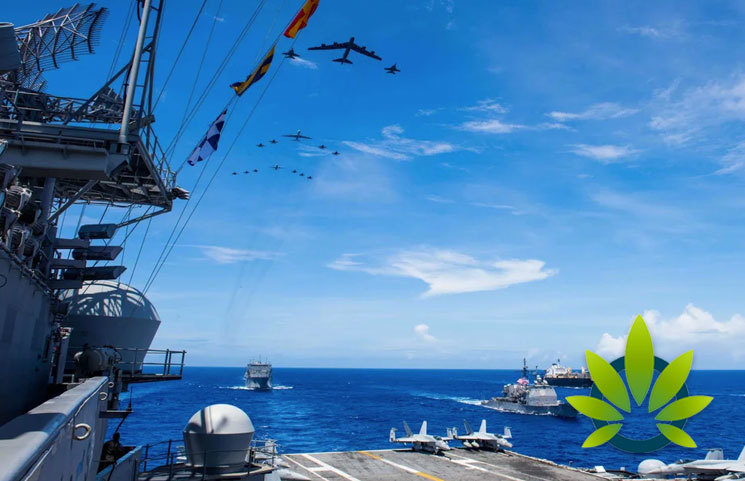 The Navy has been standing by its zero-tolerance policy for the longest time, as they deem drug abuse among other factors can put one’s life at risk. This is about to change as they have recently given the “OK” to the use of CBD creams, as long as the topical solutions contain less than 0.3% of THC reports kpbs.

The Secretary of the Navy, Richard Spencer was supposedly the one to have released a new direction, as of Monday, August 19, on CBD uses and this may have been a result of the 2018 Farm Bill.

One of Navy Personnel Command’s chemists, Selle Butler, has been referenced here noting that the goal is to ensure that introduced CBD products are informed of and are deemed safe. This was mentioned in apropos of the multiple and diverse products that are currently hitting up the market.

This doesn’t seem to please the attorney serving to many of The Navy’s sailors, Jeff Carver who seems to believe that accepting one product implies accepting others as well. In particular, he said:

“Even different products are OK provided that it’s cream for the skin. Shampoo for the hair – if it’s below 0.3%. That might pass. Well, that’s dangerous.”

Another concern that seems to have been expressed entails drug tests, to which Carver supposedly advises his clients to simply avoid its uses altogether. That said, Butler noted that The Navy had no significant evidence that the use of a CBD cream would result in a sailor failing their drug test.

The question now becomes, whether or not introducing limited CBD will open doors to other cannabinoids, as it is currently forbidden to ingest any form of marijuana whatsoever.