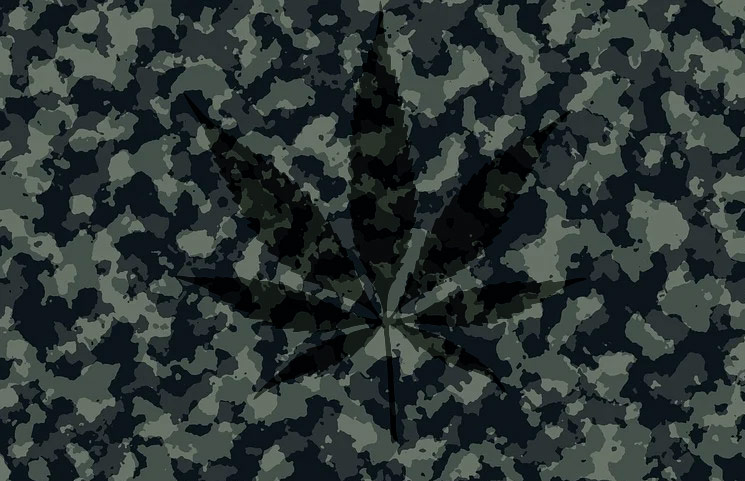 After almost two years of becoming legalized, and the signing of the 2018 Farm Bill law, active-duty members of the military, were told by the Department of Defense (DOD) what their new policies on the use of CBD and hemp products were for the active servicemen.  Military branches then began issuing the new policies and guidance on the matter, forbidding active service members to use CBD products.

“These legal changes and the resulting introduction of hemp products containing up to 0.3 percent THC in the marketplace create a serious risk to the viability of the military drug testing program for several reasons.”

Noted for the first time by the Uniformed Services University back in March, the memo got the attention of many after the Operation Supplement Safety program at DOD tweeted a link presenting it. It clearly states that THC concentrations can come up in urine tests of people who have consumed legalized hemp products, as the Food and Drug Administration (FDA) doesn’t certify CBD products to be free of THC. The department also added it’s impractical to develop a list containing the brands that meet their standards, seeing new products appear on the market every day. Here’s what Donovan said about this:

“Since it is not possible to differentiate between THC derived from legal hemp products and illicit marijuana, and these products could cause or contribute to a THC positive urinalysis result, I find that the use of hemp products could effectively undermine the Department’s ability to identify illicit THC use.”

Not Complying with the Ban, a General Intent Offense

The memo also contains instructions on how military branches are supposed to issue the hemp ban guidance to ranks by March 1. Not complying with the ban is labeled as a general intent offense, so service members who would have consumed CBD products unknowingly would not get punished. Furthermore, it says they can still use other hemp products like clothing and rope, whereas FDA has approved some cannabis-derived drugs such as Epidiolex, which are not included on the banned list or for consumption either.

Many military branches have updated the CBD and hemp policies in the memo. What the DOD did was reaffirming that service members can’t use CBD products despite the legalization of hemp. The Air Force has also weighed in on this matter, applying the same prohibition for its members too. Ranks in the Navy were as well reminded they’re not allowed to use CBD products, whereas the Coast Guard doesn’t allow sailors to consume marijuana or to go to state-legal dispensaries either. Even if not included in the military, NASA said that CBD products might contain THC and have their employees failing drug tests, so they also sent a warning too.