Does Marijuana Make You Fat? The Munchies Hunger Myth For Weight Gain
Advertisement 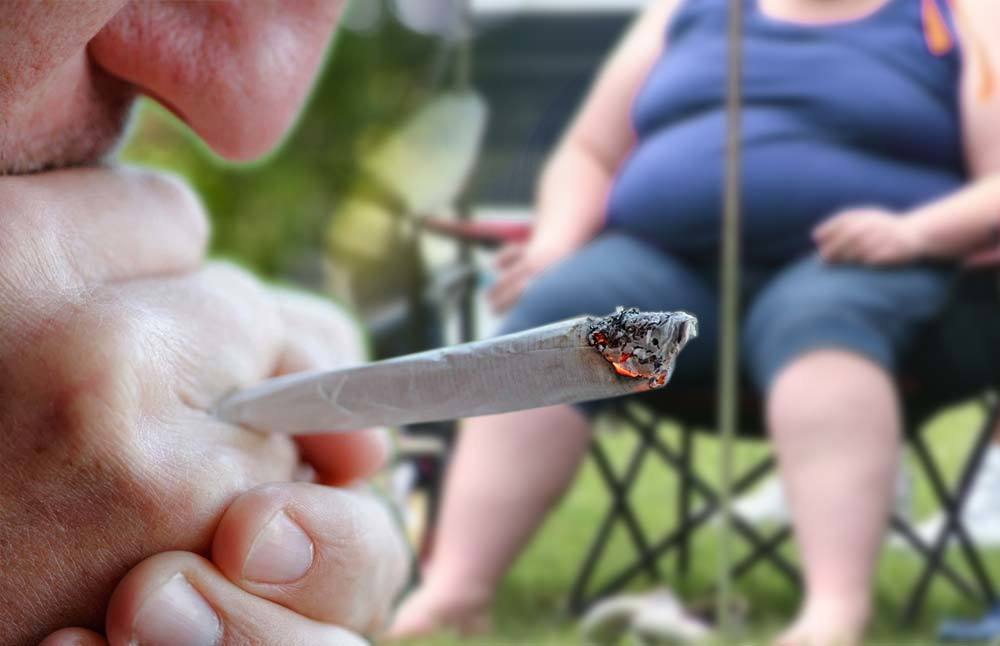 Marijuana use is often associated with “the munchies” or increased hunger that results in users experiencing food cravings and indulging in snack foods. It, therefore, seems reasonable to assume that marijuana users might also be at risk for becoming overweight. Here, learn about what the research says about the relationship between marijuana use and weight gain.

While it may seem counter-intuitive, marijuana users actually tend to be thinner than their non-using counterparts are. Results of a 2011 study in the American Journal of Epidemiology found that marijuana users were less likely to be obese than were non-users. Additional research has confirmed this. In 2016, researchers for the Journal of Mental Health Policy and Economics found that women who used marijuana daily had a BMI that was 3.1 percent lower than that of non-users, and males who engaged in daily marijuana use had a BMI that was 2.7 percent lower when compared to non-users.

Researchers for a 2015 edition of Health Economics began to explain the link between marijuana use and lower body weight. They found that the enacting of medical marijuana laws was associated with a reduction in obesity rates in the United States, and they hypothesized that medical marijuana increases mobility and therefore physical activity in older users and decreases alcohol abuse among younger users, which leads to a lower body weight.

Marijuana use may actually decrease the risk of diabetes and heart disease, both of which can be caused by obesity. A 2015 study in Arteriosclerosis, Thrombosis, and Vascular Biology found that medical marijuana users had significantly lower total and LDL cholesterol compared to non-users. Research has shown similar benefits for blood sugar levels and diabetes risk. A 2013 study in the American Journal of Medicine found that marijuana users had lower fasting insulin levels and smaller waists than non-users did. Furthermore, results of a 2012 study in the British Medical Journal found that marijuana users were less likely than non-users were to develop diabetes, even after controlling for demographic factors.

A 2016 study in the American Journal of Medicine found that marijuana users were less likely to develop metabolic syndrome, which is characterized by symptoms such as high fasting blood sugar, high triglycerides, high LDL cholesterol, low HDL cholesterol, and a large waist circumference. Study results indicated that current and former marijuana users were at a lower risk of developing metabolic syndrome when compared to those who had never used marijuana.

Additional research is needed to explain the mechanism by which marijuana use reduces the risk of metabolic syndrome, diabetes, and obesity. That being said, it appears that marijuana users can indulge without fear of gaining weight, even if they do find themselves experiencing the classic “munchies.”

Marijuana’s Impact In The Workplace: Medical Use Cases And Legal Barriers