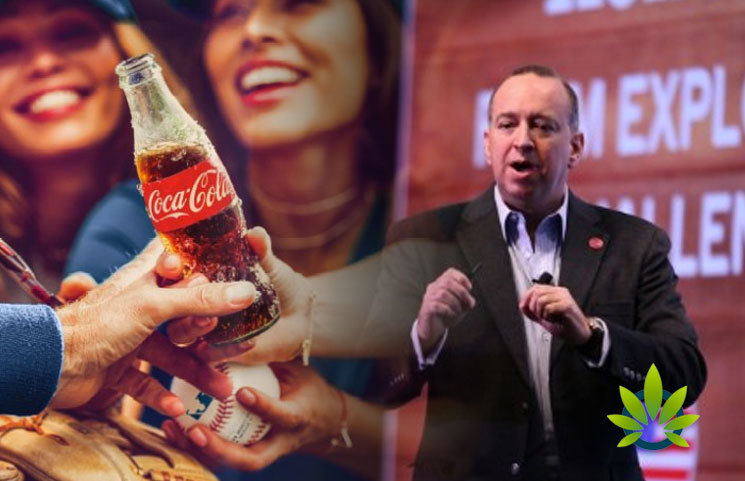 The CBD industry is booming with new edible and drinkable products, even while the Food and Drug Administration is working on regulations for these options. Francisco Crespo is known for his work as a top global marketer for Coca-Cola, and even he is saying that the brand takes on the stance of “never say never,” when it comes to creating products with cannabidiol (CBD).

While CBD may be an option, don’t go looking for a marijuana-infused Coke or Sprite product to come out. When asked by The Drum during an interview at Advertising Week New York if this type of drink was a possibility, Crespo simply said, “The answer is no.” He added, “While CBD is not compliant with the law or socially acceptable, we don’t believe it’s what society is about.”

Still, things could change in the future. Crespo explained that executive James Quincey has a “never say never” approach with running his business. For now, Crespo noted, “It’s not the time.” However, if the world changes the way that they view and use CBD, “we’ll see.” Crespo was appointed as the first chief growth officer in 2017 for Coca-Cola, coinciding with the loss of the traditional banking officer role. Through his time at the company, Coca-Cola has been working to market their diet free and supple

Consumers that use CBD typically report therapeutic benefits, associating the use of CBD with the relief from the side effects of cancer, arthritis, and migraines, among other uses. In the United States, this CBD market could potentially reach $20 billion in the next five years, especially as other industries include CBD as an ingredient, like food and drink, cosmetics, and pet care.

For the most part, even with the passing of the 2018 Farm Bill, CBD is still a difficult sector of the industry to decipher. The majority of states allow their citizens to purchase CBD products, as long as their total THC concentration is less than 0.3%. Now, while the popularity of this substance is clearly changing the way that the public views legalization, companies are working to decide how they can use the substance to appeal to their own audience.

Based on data from Zenith Global, the market for drinks infused with CB could reach $1.4 billion by 2023. If the sector manages to achieve this high goal, it would become one of the fastest growing areas of the industry, and soda brands can’t let themselves be taken over.

The statements from Crespo mirror a statement that Coca-Cola publicly released last year, following rumors that it was collaborating with Aurora Cannabis, a Canadian provider, last year. Though the soda retailer had previously stated that it was “closely watching” the growth of CBD in the public, it presently has “no interest in marijuana or cannabis.”

Pepsi, a direct rival of Coca-Cola, has also expressed interest in the sector, and financial officer Hugh Johnston has admitted that the business is planning to “look at it critically” for the long term.