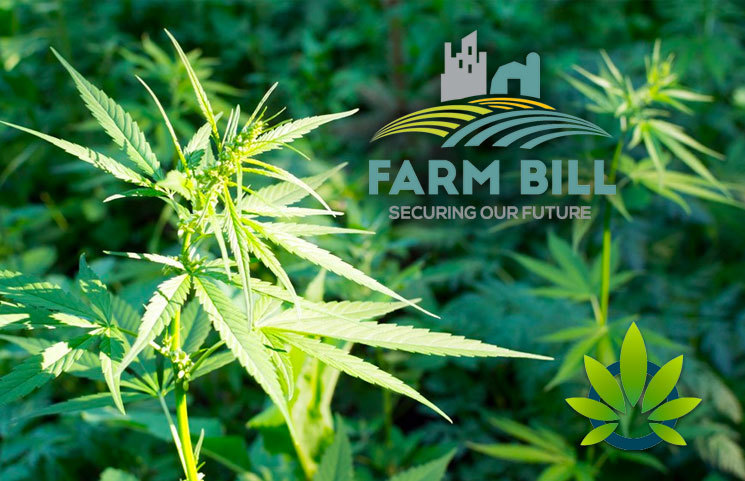 The cannabis plant has found new vistas since the last year. The cannabis plant and its cousin family hemp contain hundreds of cannabinoids and some of them have been to have therapeutic effects capable to use in numerous medical conditions. Cannabidiol (CBD) and tetrahydrocannabinol (THC) are the most famous and widely studied. Prior to 2018 many of the states penalized the use and sale of these cannabis products, however, the regulations governing these plant products have been revised by the Trump administration in late 2018.

The Farm bill 2018 or Agriculture Improvement Act of 2018 is United States legislation that reauthorized many expenditures in the prior United States farm bill: the Agricultural Act of 2014. According to the new legislation, hemp products or more precisely CBD has been legalized to be used for medicinal purposes. Any part of the cannabis plant, including the seeds and all derivatives, extracts, cannabinoids, isomers, acids, salts, and salts of isomers, with a THC content less than 0.3%, is now allowed to be used in 33 states.

The biggest win is that cannabis has been struck off the list of substances included in the Schedule I drugs. This pays more priority to the use of CBD in medical conditions and not for abuse or dependency. The federal legality also allows industries and companies trading with hemp products to access bank accounts and come under taxation.

The Internal Revenue Service under the Department of Treasury earlier had Section 280E of the Internal Revenue Code (IRC) which forbade businesses from deducting otherwise ordinary business expenses from gross income associated with dealing of Schedule I substances, which are defined by the Controlled Substances Act. Since the legal status of cannabis has changed following 20 December 2018, when the Farm bill was signed, the 280E taxation should cease or needs to be modified.

Meanwhile, CBD and other cannabis derivatives are still under regulations of the United States Department of Agriculture and the Food and Drug Administration. This means that USDA still have jurisdiction of hemp cultivation and FDA can control the use of CBD in consumer goods like topicals, dietary supplements, additives in food and in drugs. The new law also allows inter-state trading and transportation of hemp. A state can restrict the use and sale of the cannabis products in its territory however it cannot hinder the inter-state trade and commerce happening through it.

“Just as important for the FDA and our commitment to protect and promote the public health is what the law didn’t change: Congress explicitly preserved the agency’s current authority to regulate products containing cannabis or cannabis-derived compounds under the Federal Food, Drug, and Cosmetic Act and section 351 of the Public Health Service Act. In doing so, Congress recognized the agency’s important public health role with respect to all the products it regulates. This allows the FDA to continue enforcing the law to protect patients and the public while also providing potential regulatory pathways for products containing cannabis and cannabis-derived compounds.”

This statement was passed by FDA Commissioner Dr. Scott Gottlieb, M.D., after the Farm bill was signed by President Donald J. Trump in December 2018. Dr. Gottlieb also stated that

Products containing cannabis or cannabis-derived compounds are treated the same way as any other FDA-regulated products which mean they’re subject to the same authorities and requirements as FDA-regulated products containing any other substance. Among other things, the FDA requires a cannabis product (hemp-derived or otherwise) that is marketed with a claim of therapeutic benefit, or with any other disease claim, to be approved by the FDA for its intended use before it may be introduced into interstate commerce.

Cannabis and cannabis-derived products claiming in their marketing and promotional materials that they’re intended for use in the diagnosis, cure, mitigation, treatment, or prevention of diseases like cancer, Alzheimer’s disease, psychiatric disorders, and diabetes are considered as new drugs or new animal drugs and they need to go through FDA drug approval process for human or animal use before they are marketed in the U.S.

First CBD needs to be an FDA-approved drug with clinical trials before it is introduced as a food additive or dietary supplement and according to the FD&C Act, it’s illegal to introduce drug ingredients like these into the food supply or to market them as dietary supplements. So this means that CBD can’t be added in food and drinks unless it has been tested. These strict regulations come from the Dietary Supplement Health and Education Act of 1994 and the Food Safety Modernization Act of 2011.

For the spearheads of cannabis legalization, it has been a major development for achieving federal acceptance of CBD for its medicinal properties. For long the hemp industry has survived outside of federal regulations and now its time they work in synergy with the legal authorities. This is the best way ahead for everybody from the producer to the consumer to benefit out of this naturally occurring plant.