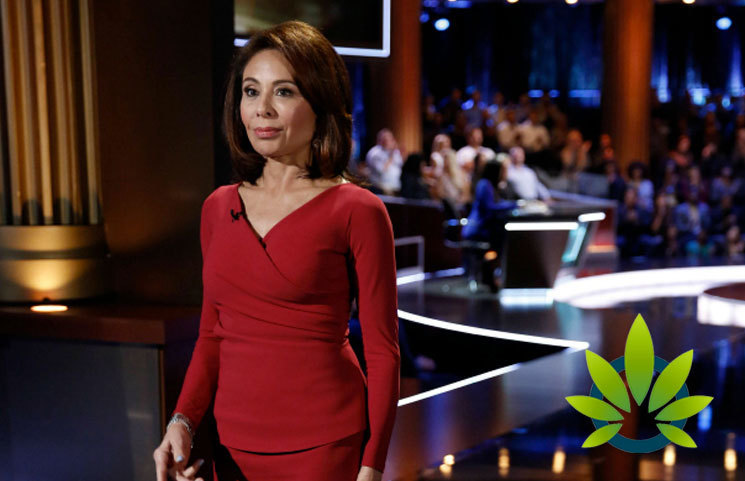 Jeanine Pirro is known for her work as the host of “Justice with Judge Jeanine,” which is aired on Fox News Channel. Pirro is a favorite of the US President, who has held an anti-legalization stance on cannabis, likely due to his republican constituents. However, Pirro appears to be taking a stance of her own on the subject, joining the board of directors for HeavenlyRx, a CBD company.

According to the press release, HeavenlyRx is a subsidiary of SOL Global Investments Corp., which already has a stake in multiple businesses involved with cannabis. Pirro explained, “My interest in CBD stems from a curiosity after hearing people say how much they benefited from CBD.” She added, during her email interaction with Marijuana Moment, “I am now excited to be a part of the opportunity for people to access fantastic wellness options that are both natural and physically and emotionally beneficial.”

Pirro admitted that she was a skeptic of the effects that CBD could have at first. However, she says that she now believes that CBD can offer “tremendous benefits outside the assembly line of traditional medical and pharmaceutical dictates.”

In the event that Pirro decides to speak more on the CBD brand with her show or social media, it is probably safe to assume that it will catch the ears and eyes of President Donald Trump. In the past, President Trump has tweeted segments from Pirro’s show, even posting twice this week. He also promotes the way that Pirro appears to favor his administration in her coverage.

Paul Norman, the CEO of HeavenlyRx, stated, “Jeanine clearly has a long and impressive track record of being a powerful advocate for the causes she believes in. That was evident during her career as [a district attorney] and now as a champion of the people.” Pirro formerly worked as a district attorney for the state of New York.

Norman continued, saying that the way that Pirro has researched the benefits of hemp and CBD “gave us a clear vision into why she became such a phenomenal success as a judge, journalist, and TV personality. We are simply thrilled to have her as a partner on the HeavenlyRx team.”

Four months ago, Pirro’s show was suspended from Fox News, which appeared to be due to her suggestion that following the Muslim faith, as Rep. Illhan Omar does, is “anti-ethical” to the US Constitution. Fox News condemned her statements, but they allowed her show to go back on the air about two weeks later.

Even though the 2018 Farm Bill allowed hemp and derivatives to be legalized, Pirro won’t likely be calling for the end of the cannabis prohibition. HeavenlyRx offers products without THC, and Pirro has tweeted about this topic in the past already.

@mamajaelynn medical marijuana is different than legalizing and u know it mama.

Still, Pirro has some level of closeness with the White House, and her major media platform will likely allow her to add mainstream attraction to hemp-based CBD.