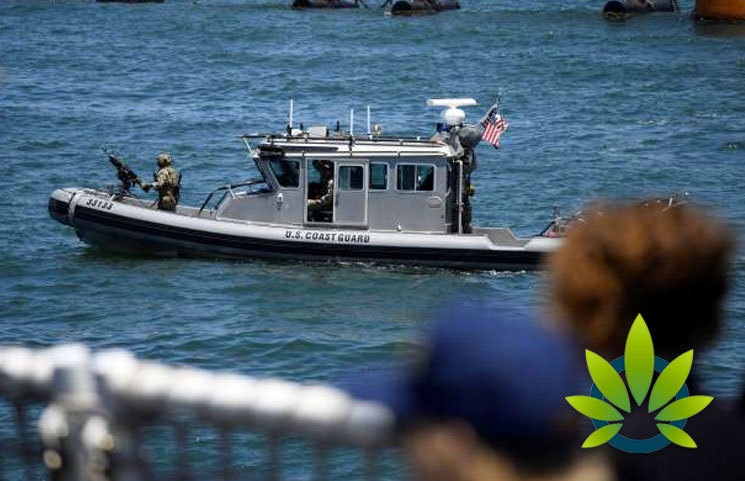 On July 30, 2019, Karl Schultz, a Coast Guard Commandant Administrator, issued a general order titled Commander’s Intent with Respect to Marijuana Use and a New Punitive General Order that Prohibits Entry Into and Support of Marijuana Establishments.

Officials shared in a phone call with Military.com that pot is an illegal substance under federal law and the Order’s purpose is to send a message to men and women in the Coast Guard to steer clear of the substance, reports Military.com.

The Order identifies the Uniform Code of Military Justice and its prohibition on the consumption, possession, and manufacture of marijuana. It further reads that personnel in the Coast Guard should “maintain a lifestyle that neither condones the use of illegal substances nor exposes them to accidental intake of illegal drugs.” It continues, “illegal drug use and involvement with activities, events, or entities that promote illegal drugs are contrary to our Service’s core values.”

“Coast Guard military personnel are prohibited from knowingly visiting, entering, remaining in, or patronizing or otherwise conducting any kind of business with any establishment whose primary and prominent purpose is the growth, manufacture, sale or distribution of marijuana or Tetrahydrocannabinol (THC) products in any form for either medical or recreational purposes that violate federal law. This prohibition applies to fixed locations, mobile dispensaries, and online or delivery services. This prohibition does not extend to medical facilities or pharmacies distributing U.S. Food and Drug Administration-approved prescription medications containing THC or cannabidiol.”