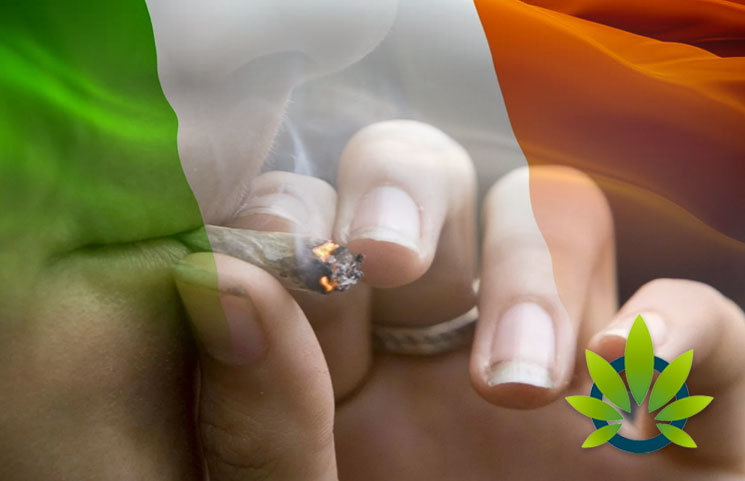 While other countries are taking on cannabis legalization, Ireland is approaching this industry with a different stance. After years of planning, local officials announced on August 2nd that the country would be handling the first and second offenses for possession of small drug amounts in a different way. Minister for Health Simon Harris, Minister for Justice Charlie Flanagan and Minister of State Catherine Byrne collaboratively announced this new strategy.

Harris, in a statement, commented,

“This is a very significant day. For far too long, we have only looked at drug use from a criminal justice perspective.” He stated the widespread effect that addiction has on the community and families, which is why “it is essential we look beyond the labels society forces on people with addiction, look to the person and how the system can help them.”

The plan has been in progress since 2015, following announcements from the then-Prime Minister Aodhán Ó Ríordáin that the country would be working to decriminalize the possession of drugs for personal use. Much of the plan appeared to focus on fighting back against the drug addiction problems occurring in Ireland at the time.

Harris’s office released a statement to explain the two components involved in the new “Health Diversion Approach.” First, after the Garda – Ireland’s police force – determine that the drugs found in this type of offense is meant for personal use, the offenders will have to meet with the Health Service Executive for an intervention and for screening. If the offense occurs a second time, Garda could potentially file a warning, though it may be up to the discretion of the officer.

By the third offense, the offender will have to deal with the criminal justice system. However, this is the point when the consequences are a little unclear. Presently, Section 27 of the 1977 Misuse of Drugs Act states that the offender will be subjected to a fine of “not exceeding two hundred and fifty pounds or, at the discretion of the court, imprisonment for a term not exceeding twelve months, or both the fine and the imprisonment.” However, since there are changes to the first and second offenses, no information has been given on whether the offender will be charged the respective fines of 50 and 100 pounds each.

Still, Harris explained that the August 2nd announcement is “the start of a new approach,” aiming to help offenders, rather than arrest them. He sees this decriminalization as a “second chance” for people, and he vehemently believes that the new policy will ultimately “help us battle drug addiction and ultimately save lives.”

Unfortunately, like any major policy change, there are some people who are unhappy with the way that the plan decriminalizes drugs, including Gino Kenny. Kenny has been a staunch supporter and leader in the fight for medical cannabis since his election to the Dáil Éireann in 2016. Just this summer, Harris finally signed legislation for a five-year pilot for medical cannabis, following years of pressure from Kenny and many families to do so.

“While I welcome the policy of diverting those caught in possession of drugs for personal use into the health system rather than the criminal justice system, I believe that limiting it to the first offense is effectively a halfway house rather than the full decriminalization that is warranted.”

Kenny believes that the only way to deal with addiction and drug use is with a “progressive policy of a committed health-led approach,” instead of sending people to jail when they are in need of help.

By avoiding jail time, Harris states that these offenders can end up helping both the public and the criminal justice system. Individuals have the ability to get help, and the system won’t be clogged up with cases that could be handled in a much more efficient way.

However, this isn’t enough for Kenny, as he demands an explanation of why full decriminalization isn’t happening still.

“It is progress, but it should go further if we are to stay in line with the global move towards a health-led approach to drug use and misuse.”

Kenny pushed for more efforts made by the criminal justice system, calling them to expunge the convictions that would otherwise be decriminalized now. In doing so, he explained that everyone would be a part of this new process and have the “benefits of a more health-led approach.” He added, “It would be completely unjust to exclude those with prior convictions.”