How Safely Can CBD Be Used in Sports Nutrition for Professional Athletes?
Advertisement 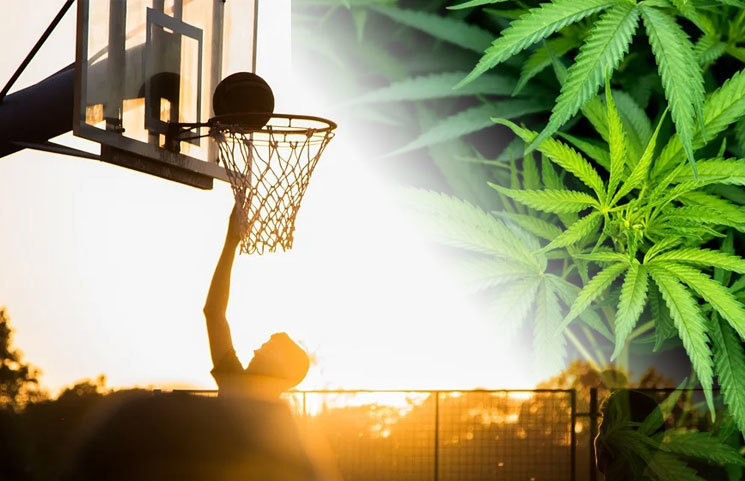 Cannabis legalization is spreading through many states. Over half of the US already has approved marijuana as a legal substance for medical use, while about a dozen have decided to make it available recreationally as well. In fact, Oregon (which legalized recreational marijuana by ballot six years ago) reported $89 million in cannabis sales in April 2020 alone. It is clear that this can of worms has opened with no signs of reversing, leading other industries to adjust their policies.

Professional sports leagues across the country are changing the regulations that their athletes must abide by, but some are not waiting around. Megan Rapinoe, a major star and captain of OL Reign in the National Women's Soccer League, partnered with The Mendi Co. and publicly uses BD for “training and recovery.” Bubba Watson, a PGA Tour golfer and a champion at multiple tournaments, partnered with cbdMD, saying that he’s “personally felt the benefits” of their CBD remedies. The list goes on and on, as more athletes are becoming open about their CBD use.

The research is still unfolding more and more of this information, as CBD seems to be helpful in controlling pain and reducing inflammation. Considering the amount of physical activity these professional athletes go through, it isn’t surprising that they’ve become advocates for CBD’s benefits. In a recent article by Nutra Ingredients USA, the inclusion of CBD in sports nutrition was placed under a microscope to examine how safe this is.

Rick Collins, an attorney and founding partner for Collins Gann McCloskey & Barry, commented that CBD “took a while” to get involved in the sports industry, since much of the attention is on energy, burning fat, and improving muscle. However, this market has now entered the “green rush,” as Collins states, and he believes that the industry is now “seeing it as a potential pre-workout supplement to improve focus and/or as a recovery supplement to reduce inflammation.”

Another pro golfer, Billy Horschel, has gotten involved in the CBD industry himself with CBD wellness brand Beam, and he even credits the substance for his own success. With almost a decade in the PGA under his belt, Horschel has added a product from Beam called Clarity to help him stay focused. Interestingly, Beam was started by two former pro athletes, Matt Lombardi and Kevin Moran, just two years ago.

While partnerships and collaborations are becoming more common with CBD companies, the launch of completely new CBD brands among former athletes is a growing trend as well. UFC fighter Gina Mazany, retired NFL player Terrell Davis, and Tampa Bay Buccaneers tight end Rob Gronkowski are all either involved with their own brand or partnered with existing CBD companies.

CBD Partnerships As a Business Move

However, the question then becomes, is getting involved in CBD a wise choice for athletes right now? Joshua Schall of J. Schall Consulting has focused his firm on brand development and the launch of new products, and he believes that following the rules set forth by the leagues is the only way to reduce the risk amongst athletes. Schall stated,

“The ‘green rush’ can create a lot of business investment situations where personal passion and excitement outweigh realistic market opportunity. To protect an athlete’s downside risk, it would likely be more prudent to focus on brand partnerships and sponsorships where it’s allowable by league conduct policies.”

Opioid use by the professional athletes currently involved in the league has gained a lot of publicity as a way to manage pain, which has been bad for their image but a good development for CBD. Though research isn’t nearly at the level that it could be for CBD, it poses a significantly smaller threat to the health of athletes, opening the door for policymakers to see the need for CBD in pain management. The World Health Organization (WHO) even published a report in 2018 that stated that the use of CBD wasn’t associated with the possibility of addiction or even improper use.

Not All Sports Allow CBD Use

The World Anti-Doping Agency seemingly took note of the WHO’s report in the same year, removing CBD as a banned substance from their policies. Over 600 sports organization abide by WADA’s World-Anti-Doping code, which means that some sports like golf, tennis, and rugby have adjusted in their own policies to allow its use.

Still, there are some sports that have continued to independently develop their own policies on the use of CBD. The MLB, for example, stated that cannabis would wholly be removed from their “drugs of abuse” list, opting to treat it like alcohol. The NFL adjusted their testing policies ruling that there will no longer be suspensions for marijuana use, and they will only test for two weeks in training camp. While the NHL still considers cannabis a “drug of abuse,” they will no longer penalize athletes who test positive during drug screening.

Athletes in the NBA are not so lucky. They endure random testing four times a season, and even a single positive qualifies them for rehabilitation treatment. By the third positive test, the player can be suspended for five games for each time. Since time is money, any suspensions means that the player isn’t paid at that time, which could curb the use of cannabis by these athletes.

The Food and Drug Administration (FDA) has been rather slow paced on their permission to use CBD, despite the growing market. The 2018 Farm Bill made the use and cultivation of CBD extract legal, and the market has exploded since then, creating a major gap. Collins remarked, “At this point, the question is, can you put that genie back in the bottle? Because it’s everywhere.”

Regardless of how widespread CBD can be found, the regulations regarding it are uncertain. By law, no more than trace amounts (0.03%) of THC can be in CBD, which is the dominant compound in marijuana. Furthermore, CBD is not legally allowed to be advertised as an ingredient in food or a dietary supplement, so many companies are going out on a limb to even launch their products.

Another uncertain aspect of CBD is the dosage since the FDA has not stated any standard dosage for users. Since some THC is technically allowed in CBD, there’s always a chance that users could test positive for cannabis use, even without directly using cannabis. This lack of standard is enough to keep some athletes away from its use, regardless of the benefits.

Devin Logan, an Olympic silver medalist, recently was a victim of this problem. Though she only used CBD, the product contained trace amounts of THC. While CBD is allowed, she tested positive for THC and was subsequently suspended for three months. Collins remarked how common this risk is, saying,

“There’s a whole separate issue with how much an athlete consumes because it may be that if you take a CBD product once a day, you may not test positive for THC. But what if you take multiple servings every day?”

While there is a lot of confidence from researchers and even users of CBD, there is still a lot left to learn. Quality control, standard dosing, and FDA regulations are crucial to the safety of users, regardless of their involvement in the sports industry. Every person’s reaction is different, and greater understanding of the impact that CBD can have on the body is necessary.