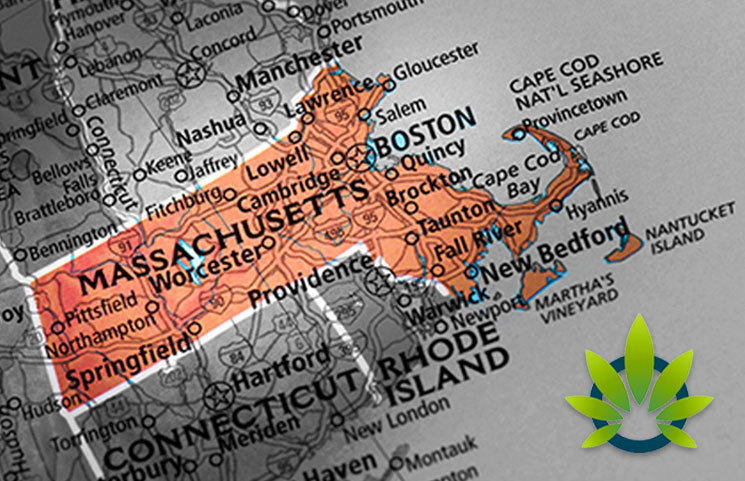 Recently, MacDougall’s company worked with a local produce farm to come up with a new line of strawberry jam infused with CBD.

Last week though, the Massachusetts Department of Agricultural Resources released a policy statement that bans the sale of all CBD-infused foods. From this, MacDougall expects to lose the massive investment he put into developing the jam.

Massachusetts legislators are taking steps to make hemp growing easier. Before Hemp was legalized federally in 2018, Massachusetts had already made it legal in 2016. At the same time, though, the state agency responsible for agriculture regulation set up guidelines that could significantly limit the size of the hemp market in the state through prohibiting the sale of certain hemp products.

Growers, retailers, and manufacturers have said these new rules could potentially make it impossible for small hemp farmers to get into the industry, as Massachusetts farmers won’t be able to compete with set regulations.

Julia Argon, a Northeast Sustainable Hemp Association outreach coordinator and an Amherst farmer, feels that Massachusetts farmers won’t be able to compete with the new regulations.

The new policy statements indicates that farmers and manufacturers may sell hemp seeds and derivatives, fibers, clothes, and building materials. A hemp grower can sell hemp flower to a fellow grower or hemp processor.

However, farmers cannot sell CBD-infused foods, hemp as a dietary supplement, animal feed with hemp products, or any CBD based product for which medical claims are made on.

CBD is part of the cannabis plant and is known for offering relaxation without getting the user high. The prohibition on food comes from a statement by a Department of Public health that prohibits the addition of CBD to food, based on FDA’s rules.

According to farmers, the problem is that CBD is the most lucrative part of hemp in the market.

Argon went on to say that the industrial hemp market has already been dominated by huge farms in agricultural states. The only way in which small Massachusetts farms can be viable is through selling artisanal craft products like quality flower to smokers. While smoking doesn’t make one high, it is of great use for people looking to quit smoking cigarettes.

Although Agron’s farm can produce tropical creams or cosmetics, she said that the market would shrink if farmers can’t sell their crop in the form of edibles. According to Agron, the proceeds from selling hemp to processors and processing hemp oil might even fail to cater for the costs required to cater for licenses and plants.

Business owners feel that the new statement’s timing is also problematic because farmers started growing this season. 102 licenses to grow or process hemp have been issued by the Department of Agricultural resources in 2019.

Terrapin Farm’s Linda Noel is in her second year of cultivating hemp. She had a contract to sell the hemp flower to a company that intended to infuse it with herbal tea. Since MDAR denied this company an operating license, she has had trouble selling her crop.

The co-founder and vice president of the Healing Rose in Newburyport, Zach McInnis, sells body care products and cosmetics. The company had plans of diversifying to tinctures and foods, but the new MDAR regulations have trampled on McInnis company’s dreams.

McInnis worries that companies out of the state could import products which Massachusetts companies are prohibited from developing. McInnis feels that if his company would be permitted to manufacture things such as CBD tinctures or capsules, they would easily triple their revenue.

Kirby Mastrangelo, the owner of Hempire (a company that sells hemp products in Amesbury and Methuen), feels that the guidelines are confusing. For instance, it’s unclear if CBD-derived capsules or tinctures are prohibited.

State officials have held that state guidelines are to some extent dependent on federal rules.

In a statement, Brendan Moss, the Spokesman for Governor Charlie Baker, noted that The Baker-Polito Administration that issued the guidance regarding hemp-derived products looks forward to working with state agencies, the FDA, and local health boards to make sure that all Massachusetts products comply with applicable state and federal laws and regulations.

On Wednesday, Rep. William “Smitty” Pignatelli, who is the chair of Environment, Natural Resources, and Agriculture joint committee, introduced a bill which the House passed the same day, allowing farmers to cultivate hemp on agricultural land.

Pignatelli feels that part of the issue with CBD is the lack of scientific evidence regarding its effects. Pignatelli said that he thinks that MDAR is making a move to pause the CBD market and allow time for a more thorough analysis of CBD oil, including its pros and cons.

Rep. David Rogers, the Joint Committee on Cannabis Policy chairman, said that legislators would carefully look at the new guidelines, and the legislature may consider passing a law that regulates or allows CBD products. However, Rodgers said that this is a complex issue due to the intersection of state and federal law.