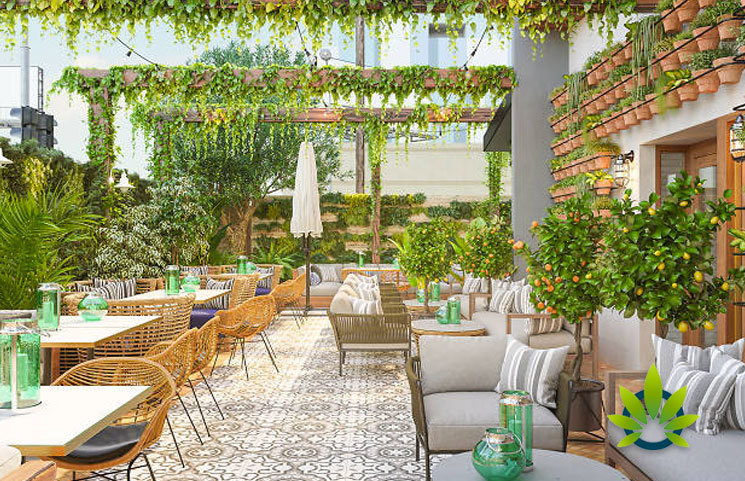 The cannabis market is evolving quickly, and the laws in nearly a dozen states allow the product to be consumed recreationally. However, public consumption is still a bit of a taboo. In West Hollywood, consumers will be able to enjoy a joint freely in the eclectic Lowell Cafe, according to reports from Bloomberg.

Lowell Cafe, which is the first of eight cafes that are planned for launch in West Hollywood, makes it possible for customers to legally order their own cannabis as easily as they would order a bottle of wine. All cannabis found in the restaurant is available in pre-rolled joints or can be vaped, despite the many warnings issued by the CDC that vaping is linked to lung illnesses.

The opening of this cafe provides a unique opportunity in the legal cannabis market of California, considering that the majority of orders are fulfilled through dispensaries and online orders. The co-founder of the Lowell Herb Co., Davis Elias, commented that the majority of consumers have been limited to small plastic bags, while wine drinkers can bring beautiful bottles to dinner parties. He focuses on the experience that he believes that cannabis users want – “to smoke a joint with their friends in a cafe like they can over a beer – not in the alley or in their car.” Essentially, Lowell Cafe brings that exact experience.

The owner of the restaurant, Lowell Herb Co., already distributes pre-rolled joints to over 300 dispensaries, though it was founded with just five employees in 2017. The launch of the company followed the passing of the Adult Use of Marijuana Act from the year prior, but now has over 200 employees. Among their investors are Miley Cyrus, Chris Rock, Mark Ronson, and other celebrities that advocate for the legalization of cannabis.

The opening of the restaurant comes with a fair share of challenges, considering a recent executive order by California Governor Gavin Newsom, aiming to reduce vaping for both nicotine and cannabis products. Elias explained that these new polices create “a tricky situation.” The day after these comments, officials from the federal health department commented that approximately 77% of vaping-related lung conditions being reported involved the use of THC. This evidence has furthered the assumption that vaping devices and cartridges are the likely culprit in this growing problem.

Following the release of this data, Lowell noted that they have a major commitment to the safety of consumers and adherence to state guidelines. While these issues need the strict hand of government, the company added that more efforts need to be dedicated to handling the black market, which is where some sources state that this THC is coming from.

Other concerns of Elias are anchored at the local level, as there have been concerns voiced by a synagogue on the same street of the cafe over the smell of cannabis. Speaking with Bloomberg, Elias assured that he has spoken with the rabbi of the synagogue and that he’s established odor mitigation systems in the venue to curb this aroma.

Even though this cafe is clearly meant to appeal to cannabis smokers, customers don’t have to sit amongst the smoke. There are three sections available for seating, and one of those sections is entirely smoke free. For customers that wish to take with their meal, there’s both indoor and outdoor dining areas.

In other areas of the world, the idea that cannabis is not in more cafes around the US is almost puzzling. In Amsterdam, cannabis cafes are abundant, which leaves tourists wondering – what’s the point of legalizing cannabis to smoke recreationally if there’s nowhere to do it? Elias sees this opportunity as a way to create a new normal for the changing industry while establishing the brand as a pioneer in the US.