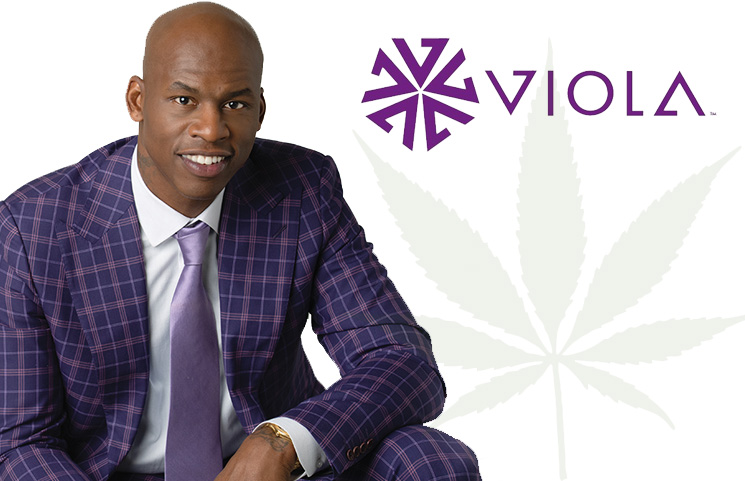 “A lot of brands that are on the black market that has a lot of credibility and unbelievable following, have market share, but they just don’t know how to get into the legal market.”

Harrington has always been a champion of all in the cannabis industry. His goal is to donate 20,000 CBD topicals to protestors who have experienced back pain. This goal of Harrington's comes after another NBA star, Stephen Jackson’s request. Jackson, a prominent figure during the protests asking that justice needed to be served for George Floyd, who was killed by a member of the Minneapolis Police Department. Al Harrington spoke of the incident, in the same CNBC interview:

“That is something I will continue to harp on; continue to bring awareness to because once again, I feel like the war on drugs was aimed towards our community, and they used cannabis as pretty much the main drug to continue to lock us up. All this money being made now, we’re not represented; we’re not there. I feel like we pioneered this industry.”

Caucasian's Own the Majority of Cannabis Businesses

A study conducted on Maryland’s hemp industry discovered that most cannabis owners in the U.S. are Caucasians. It seems only 10% of the investors in cannabis companies here are Black. According to a report from the Maryland Medical Cannabis Commission, there’s no cannabis sector in which Black women consist of over 5% of the investors. The report also says that 2/3 of all Maryland cannabis investors are White men.

Followed by White women, Black men, and Black women. Out of 26 companies with a license for cultivating and processing marijuana in Maryland, only 4 have a majority of ownership made up of women or Black people. These companies are Seven Points Agro, HMS Health, Chesapeake Alternatives, and Kind Therapeutics, with the first two being owned entirely by people of color. At Pro Green Medical, Black people own over 30% of the company. Harrington’s Viola Brands closed $16 million in a Series A funding round back in October 2019.

Method Man Ventures into the Cannabis with TICAL Brand, or Taking Into Consideration All Lives