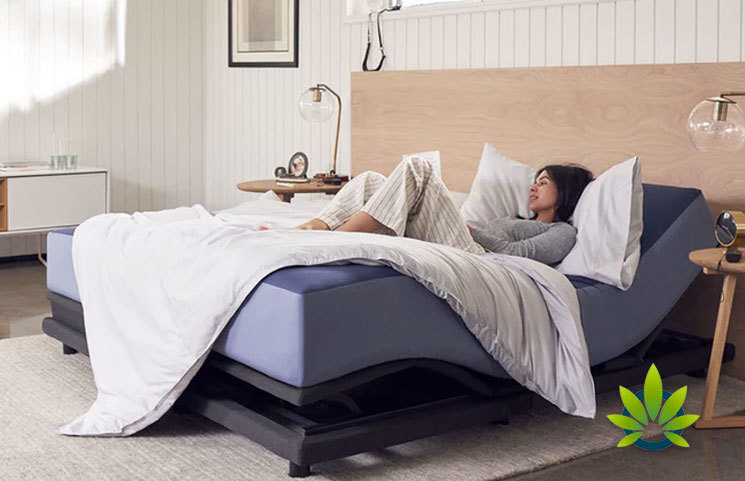 Bed-in-a-box start up, Casper has partnered with California-based THC edibles provider, Plus Products to take their goal of bettering sleep for customers to the next level reports CNBC. One might deem this move as a way to make money out of the rather popular industry, this case, however, is supposedly unique.

The Co-Founder and Chief Strategy Officer, Neil Parikh, has been eyeing CBD for years, not to forget being a user himself. According to Co-Founder and CEO, Philip Krim, his partner Parikh has always been up-to-date on rising solutions.

The duo allegedly was surprised by how helpful it has been with experiences being told around the world and Parikh using it for the exact reasons. This led the duo to seek firms interested within CBD and Plus crossed their path.

“As we got to know Plus over a pretty long period of time and we looked at really everyone else out there […] we found that this was the right partnership for us.”

Parikh spoke more so about Casper’s devotion to promoting restful sleep, which is something they had in common with Plus.

In particular, he said:

“We’re always exploring new ways to improve sleep across the entire sleep arc […] Like Plus, we believe sleep is a key part of the wellness equation.”

What to Expect from the Casper-Plus Partnership

As per the news outlet, the duo has created a line of CBD gummies, with a total of 14 gummies priced at $35. Each serving is expected to house 25mg of CBD combined with 1mg of melatonin. Given that melatonin is a natural hormone that plays a role in one’s sleep-wake cycle, sometimes its deficiency leads to seeking alternative sources, hence its supplement equivalent.

Three products will be released, all of which will be created by the Plus team. They include Balance (blueberry flavor), Uplift (Grapefruit flavor) and Sleep (Blackberry tea flavor). Interestingly, singer and celebrity, John Legend will be endorsing the products.

The Growth OP reported on this matter, referencing Legend’s reason for having interest in CBD and Plus. According to the artist, he has been a long-time believer of CBD and partnering with Plus stems from the latter’s innovation and devotion to setting the bar high for the products they deliver.

In particular, he said:

“I was drawn to the Plus team because they’re an innovative, family-run company […] I appreciate that they’re committed to setting a high standard within an industry that has to date been fairly unregulated.”

Chelsea Handler and Other Brands Join Forces with NorCal Cannabis