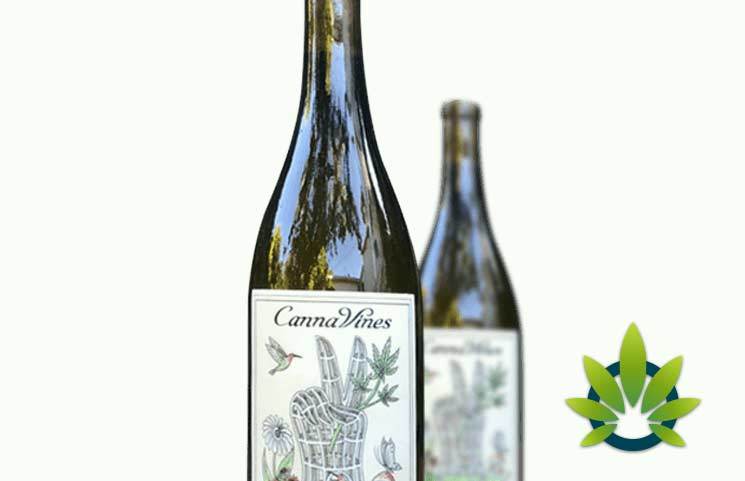 Did you know wine contains a rich source of antioxidants? Believe it or not, moderate consumption of wine also has delivered the immune system the boost it needs to remain active and in turn induce a positive domino effect to other functions of the body. Given its beneficial properties, have you ever wondered why a cannabinoids’ infused wine has yet to make an appearance? If so, CannaVines has since resolved this possible concern with its respective line of CBD-infused wines.

According to CannaVines, their reason for combining the duo stems from the fact that they work together to promote reduced hangover symptoms, increase focus levels, ease anxiousness, enhance taste with added terpenes, rid one of chronic and acute soreness, and enhance one’s overall sexual desire and pleasure to name the least.

The intent of this piece is to further explore CannaVines with respect to their purpose along with the different types of wines that consumers will eventually have access to.

California-based wine producer, CannaVines combines bioavailable cannabis extracts with wines to maximize on one’s sense of balance. It has been deemed the best of both worlds, as consumers will be given a wine to unwind, but with added health benefits and overall taste profile.

Three distinct infusions of wine can be considered via CannaVines. The following breakdown will help consumers in deciding which wine best reflects their unwinding and taste needs:

As the name reads, the first CannaVines CBD-infused wine is that of the Red Blend and Headband. This is a red wine that contains a rich source of the cannabis strain called the Headband, an Indica-dominant but namely a hybrid strain.

In particular, Headband is a cross between OG Kush, Master Kush and Sour Diesel. It being a hybrid strain implies that it can rid one of anxiousness and body soreness with more emphasis to the latter (60%) than sativa (40%). It also contains a relatively high dose of THC, a mind-altering property which ranges anywhere between 20 and 27%. As for its taste profile, it is primarily known for its strong lemony and earthy taste.

Chardonnay is a green-skinned grape used primarily in white wine. While many associate Chardonnay as a type of wine known for its dryness or rather “crisp” taste, depending on the time of harvest and its ripeness, it too can be made into a sweeter wine. As for the strain infused, it has been deemed as the Sour Diesel. Sour Diesel, also referred to as “Sour D” is a sativa strain, which simply implies that it is most useful in inducing mind-easing effects, i.e. calmness, free of stress and anxiety, increased energy levels, etc. Lastly, this infusion is also believed to emit an earthy taste.

Rose’s pinkness is associated with the fact that very little use of red skin grapes was made – making it a line of its own instead of being called red wine. As for its taste on its own, it emits a mix of fruits and flowers, which is the complete opposite of the previous two types of wines.

In terms of the strain used, Grand Daddy Purple is an Indica-dominant strain (80%) that came into existence because of the cross between Purple Urkle and Big Bud. Making it the star infusion comes of no surprise, considering the fact that it too contains a fruity property that matches perfectly with that of the Rose. Based on several claims, Grand Daddy Purple is most effective in inducing restful sleep and physical relief.

The Limited Artist Series combines the creativity of a husband and wife duo, Jeremy and Hayde Fish – who will be designing both the Red Blend X Headband and Chardonnay X Sour Diesel bottles respectively. Their distinctive yet thought-provoking designs are said to reflect what CannaVines is all about.

Finally, when it comes to the overall purchase of the four wines, consumers will have to wait a little bit longer, as CannaVines is currently working on establishing an online service shortly!

Overall, CannaVines should be credited for their mindful cannabinoid infusions, as they’ve used strains that not only pay heed to the different health benefits, but also the taste profile of the overall brand. Most of the wines offered appear to be Indica-dominant, which implies consumers have a potential solution for easing physical pain with a relative THC presence. But interestingly, a significant amount of Sativa presence also allows for a mind-relaxing effect.

Another factor worth mentioning here is that of the different taste profiles achieved using cannabinoids and terpenes. For those who like dry tastes, the first two would be most appropriate, followed by a sweet type for those who prefer a floral and fruity taste. This is indicative of the brand’s focus on satisfying the needs of most wine drinkers.

One thing that could have been worked upon is providing details regarding concentration of strains. This is primarily because of the fact that wine on its own contains traces of alcohol along with getting naturally high via cannabis sativa. Hence having some limit is necessary. For more information on how to reach out to CannaVines, check out: cannavines.com/#