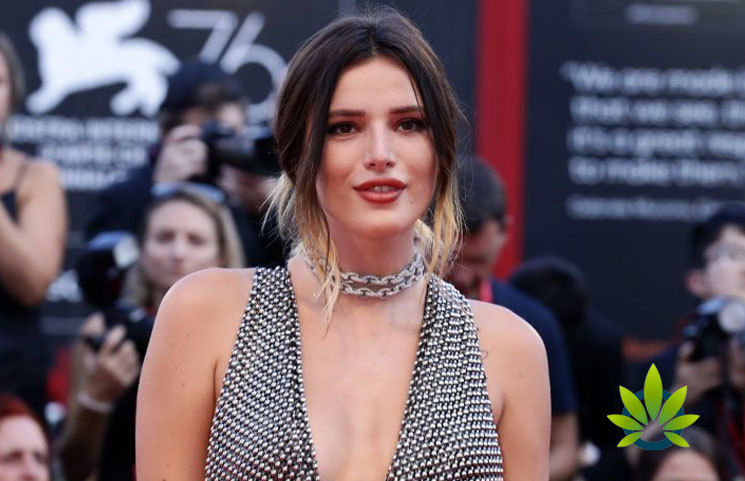 Bella Thorne is known for many things – acting, writing, directing, and more – but one of her steady platforms has been that of a cannabis enthusiast. According to reports from Business Wire, Thorne is now creating an opportunity for other consumers, partnering with Glass House Group. The company is growing fast as a resource for hemp and cannabis, and the work with Thorne will bring forth the launch of Forbidden Flowers, a CBD and cannabis brand.

On the personal impact of this partnership, Thorne explained,

“I have struggled with anxiety for many years, and weed was the one source I found for me to do the most healing. Because of the properties in weed, I have been able to cope with my anxiety in a natural way, rather than my doctors trying to fix it using prescription drugs.”

Groovy Singh, the chief marketing officer of Glass House Group, expressed an excited sentiment for the collaboration, which has allowed the brand to spend time with Thorne to grasp the kind of products she wants to bring to market. Singh called the direction of Thorne over the project “absolutely artistic and impressive.”

“The authenticity of what we are bringing to market together with Forbidden Flowers is what Bella handpicked at our grow, consumed and loved. At a time when more people are exploring the power of cannabis, we look forward to introducing a whole new community to the benefits of cannabis and to Bella sharing with her fans and consumers the ways she incorporates cannabis and CBD into her daily lifestyle.”

Creating Forbidden Flowers was an intensely immersive experience for both Glass House Group and Thorne, as the partners hope to develop the same empowered and rebellious feeling that consumers have when they use cannabis. Presently, over two-thirds of the United States has legalized marijuana in some way, but there are still stigmas around its use. However, as more consumers become educated about CBD and cannabis with this new launch, Thorne is hoping to at least inform the 21 million followers that she has on social media.

Graham Farrar, the president of Glass House Group, stated that all of the products from Forbidden Flowers are “cultivated at our sun-powered, state-of-the-art facility in California using the same high-quality control and earth-friendly approach we are known and respected for.” To create a something more new and innovative, Farrar stated that they brought in new genetics that have been grown specifically for Thorne’s product line.

The Indica, Sativa, Hybrid, and CBD strains from Forbidden Flowers will be available in glass jars of flower, five-pack boxes of pre-rolled joints, and pre-rolled single joints. The only place that these strains are cultivated is at the Glass House Farms location in Santa Barbara, allowing them to control the environment effectively.

Kyle Kazan, CEO of Glass House Group, commented that the company’s goal is to engage new consumers. With the Forbidden Flowers product line, Kazan is looking to the future, as he expressed that the brand now will “look forward to rolling out more strategic brands and announcing partnerships in the future.”