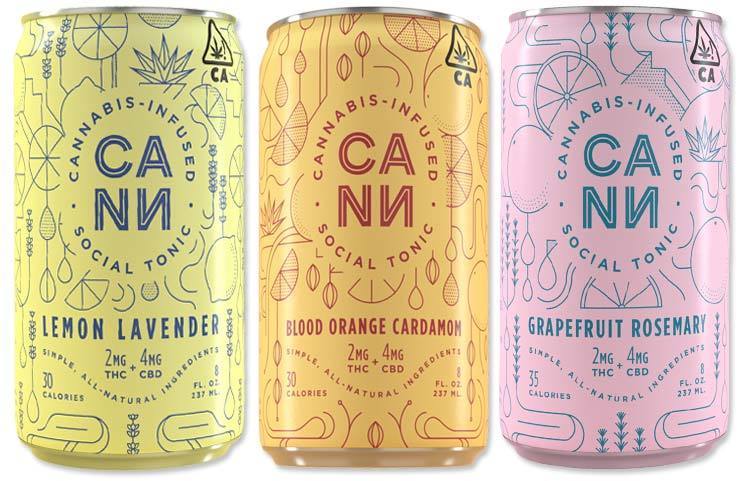 On January 21, Cann announced that it secured a $5M investment deal with companies JM10 and Imaginary. This investment will aid the company in professionalizing their operations and streamlining their processes. It will also allow for expansions in human resources and distribution. Jake Bullock, one of the founders of Cann says,

“The way we think about it is one foot in, one foot out,”

“By partnering with someone like Imaginary on the consumer side, we can avoid being distracted by some of the volatility on the cannabis channel. That was the intent — to break out of the confines of the marijuana industry and to think more like a consumer brand.”

Imaginary is a New York-based investment firm known for backing a variety of CPG and tech companies ever since it was built in 2017. It has partnered with Dirty Lemon and Daily Harvest to name a few. On the other hand, JM10’S portfolio includes partnerships with Bloom Farms.

Gregory Thomaier, the founding partner of JM10, considers Cann as the “perfect product for the canna-curious.” He also adds that,

“Cann is unique in that its flavor profiles, ingredient purity and smokeless format sets the brand apart not only within the cannabis space, but also the beverage industry as a whole.”

Meanwhile, Natalie Massenet, co-founder of Imaginary, sees Cann as the pioneer brand in a new market of beverages. She says,

“We have been tracking the new generation of consumers who are searching for and embracing new forms of responsible social drinking which do not involve alcohol.”

“Cann, with its formulation that has the potency of a light beer without the alcohol or calories, addresses this growing trend in a brilliantly formulated series of beverages.”

With the $5M seed investment, Cann aims to improve distribution and product innovation. Cann aims to expand to more states throughout the year. It also plans to delve into ‘no added sugar’ options that will be out in late January. The company is also looking into other smaller size formats for their beverages. Anderson says,

“We will be launching bulk units that will allow people to start thinking about this on a price-per-can basis similarly to how they pay for alcohol, which would enable people to really think about it as a one-for-one replacement, rather than just an expensive way to get stoned.”

Cann then aims not to be a product, but a consumer brand that breaks the prejudice on marijuana.

Based in Los Angeles, Cann positions itself as a better-for-you alternative to alcohol for social consumption. It currently has three flavors of their drink – Lemon Lavander, Grapefruit Rosemary, and Blood Orange Cardamom. Each 8 oz. can contain a total of 30 calories, 2 mg of TCH, and 4 mg of CBD.

It is being sold in over 75 licensed CBD dispensaries in California. It also won the 2019 BevNET’s New Beverage Showdown 17.

Are Cannabinoid Isolates the Next Wave to Unfold in the Cannabis Green Rush Era?

Cannabis Advocate Miley Cyrus Goes Unnoticed at the Grammys, was Marijuana the Cause?