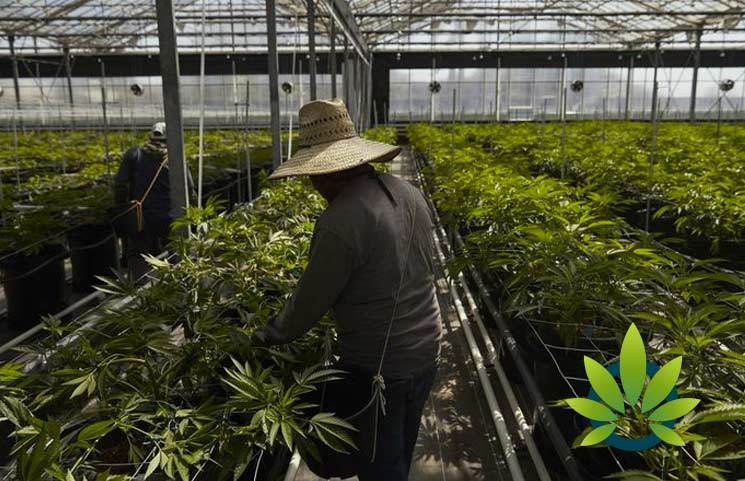 California state officials intend to extend the period within which cannabis growers and sellers can carry out business with provisional licenses up to five years. This will give them a delay in complying with stricter rules for regular cannabis permits, which is another sign that the legal market for cannabis in California is in deep trouble.

However, the proposal has been highly opposed by environmental groups. Environmentalists claim that this could allow cannabis farms to continue being out of compliance with laws meant to protect the public, waterways, and land.

The change has been included in legislation linked to California’s budget. Governor Gavin Newsom proposed this since hundreds of temporary licenses of California cannabis farmers have already expired.

Cannabis firms have made complains regarding California’s rules, bureaucracy, and high taxes which have promoted the emergence of black markets. According to licensed growers, this is mainly because illicit operations don’t have to comply with taxes and environmental rules.

California’s industry officials, including Hezekiah Allen (the Chairman of Emerald Grown, a cannabis cooperative with 130 cultivators) supported the delay in regular licenses. According to Allen, slowing down things is probably the most prudent thing that can be done to help in smoothening the transition to a cannabis-regulated market.

California had hoped to shift the business of cannabis from temporary licenses to yearly, or regular licenses after one year. There’s a disagreement between the industry and the state over these delays. According to Josh Drayton, California Cannabis Industry Assn’s spokesman, staffing problems appear to be an issue.

California growers who want a license should complete a detailed environmental review which shows how their growing farms will affect vegetation, water supplies, and wildlife. Consequently, several cannabis firms were having between 10 months to one year to get regular licenses approved, long after the set expiry dates of temporary permits.

The 5-year extension was proposed in part because the agencies responsible for administering the cannabis licensing program claim that they are overwhelmed with the workload, said Cathy Mudge, a spokesperson of Assemblyman and bill co-author Jim Wood (D-Healdsburg).

The grower’s license division has been authorized for 151 positions. 60 of these are yet to be filled, thus leaving the office below the budgeted staffing level by 39%.

Up to date, the California Department of Food and Agriculture denies that staffing has been a problem in permit application processing. Rebecca Foree, a spokeswoman in the department, said this, adding that more time must be spent by the staff if applicants don’t file the necessary documents like those required to comply with environmental rules. Foree went on to say that applicants take about 90 days to respond to the department's requests to solve deficiencies in the applications.

The change offering five more years for the use of provisional licenses to cultivate and sell cannabis would take effect from 1st July if signed into law this month by Governor Newsom. Newsom’s administration noted that these changes also permit more cannabis firms to obtain licenses, getting rid of a requirement that they hold a temporary license in the first legalization year.

H.D Palmer, California’s Department of Finance spokesman, feels that the system will strengthen the mandate so that operators can move towards annual licensure diligently. Palmer said that the provisional license’s restructuring allows a provisional license to act as a step up license for the new operators getting into the licensed system. He went on to say the license will allow operators to do business in the licensed cannabis market, while concurrently navigating the approval processes which includes environmental review requirements.

The proposed law change would also give a 2-year delay in the requirements for local governments to complete exhaustive environmental studies before taking up local regulations that would potentially allow more cities to permit cannabis operations.

Three-quarter of California cities are yet to approve the sales of cannabis. However, a coalition of environmental groups such as Defenders of Wildlife and Sierra Club are pressuring the governor and lawmakers to reduce the provisional license extension to two years.

According to Kim Delfino, The Director for California’s Defenders of Wildlife, the bill’s proposal to give cannabis firms five years for complying with (CEQA) California Environmental Quality Act leads to a substantial risk of harm to the environment and public health.

Delfino also claims that the extension is not consistent with Proposition 64. She added that CEQA is a crucial part of cannabis rules and that Preventing toxic chemical discharge pollution of waterways, dewatering, and destruction of natural landscapes is less costly and more effective before the implementation of projects instead of having to remediate public and environmental health claims after they have occurred.

The awaited legislation would, also, handle a concern by state-licensed businesses, which is that they face much competition from thousands of growers and sellers who are not licensed.

Drayton insists on the need for tougher enforcement and notes that the lack of enforcement hinders legal operators, thus cutting down the tax revenue amount they generate from the state. Drayton was concerned that even after being 18 months in, they still are not reaching their tax revenue goals. The industry is still not as successful as people anticipated, thus the need for solutions that will get the California cannabis industry from the ground.