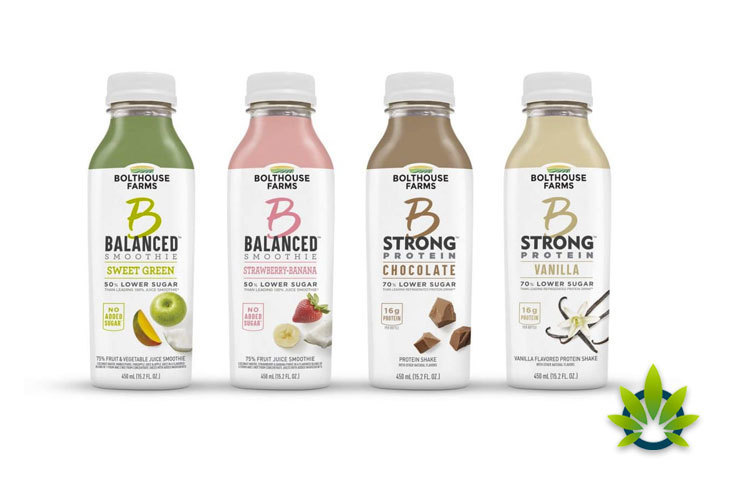 After being bought by its former CEO Jeff Dunn, Bolthouse Farms looks to be headed for a new beginning. Come next year, Bolthouse will be releasing 25 CBD-based products. Two of the products will be drinks, while the other 23 may be plant-based milk, salad dressings, or a line new to the brand.

A report quoted by Forbes estimates that the CBD-based food and beverage market will hit $2.1 billion by next year from $202 million in 2015.

In the beverage space, Bolthouse will be up against numerous big and small companies, including Aurora Elixirs, Kickback Cold Brew, and Sprig. There is a chance that Coca-Cola will release a CBD-infused beverage too. Small coffee shops already sell CBD-infused coffee while small companies such as Green Roads sell beans and grounds.

However, there is a noticeable gap in the CBD-infused juice space. Bolthouse Farms could benefit from the apparent reluctance of big companies to occupy this space.

The financial stability of Campbell Soup – who sold the company at a third of its purchase price – hasn’t been reassuring. They most likely sold the company with reluctance to enter the CBD space. Reluctance could be born of the uncertainty of how long the popularity of the product may last as well as the fear of regulatory risks. The only big name to have gone all-in with CBD is Unilever’s Ben & Jerry’s Brand. The company is still awaiting the FDA’s nod.

Even though the Farm Bill did some good in withdrawing cannabis from the catalog of controlled substances, the FDA still refuses to allow the use of CBD with conventional foods and beverages. It is speculated that it could take a whole year for CBD to be legal in food and drinks. This speculation could turn out right despite the FDA holding its first public hearing earlier this year.

Under Campbell Soup, Bolthouse Farms had been experiencing heavy losses lately in spite of the company making raking an annual revenue of $100 million back in 2012.

The soup company couldn’t have possibly handled the added burden of production and regulation had they added production of CBD products. However, if Jeff Dunn’s gamble pays off, the soup giants could come to regret the sale.