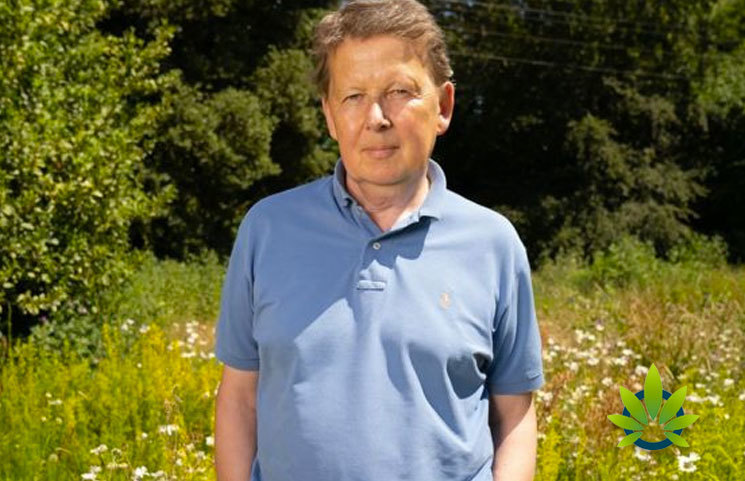 According to Turnbull, the use of cannabis for medicinal purposes has been legalized in 20 countries, which he deems are countries that are both “advanced and intelligent.” This was noted in reference to the fact that the UK has yet to regulate its uses and should in fact try to make it to that list.

Cannabis in the UK

It has been revealed that anyone who produces cannabis oil can end up behind bars for up to 14 years, regardless of the intentions behind it (i.e. recreational or medicinal). Bearing this mind, the restriction is not as extreme, as some patients can be prescribed by specialist doctors, but its uses with excessive monitoring of course. Some of the common cases that are accepted include:

Getting back to the documentary, Turnbull is seen creating different mixtures of cannabis oils to see what ratio would help him with his prostate cancer diagnosis. Aware of the fact that he is breaking the law by doing so, he noted that with his current condition, he’s willing to give it a shot. As per the presenter, the conversation needs to start in the UK, namely, in terms of medicinal cannabis use.

He specifically highlighted that:

“We need to start conversations about ‘How can we usefully get the best out of what could be very beneficial to us without causing damage to other people? […] I’m not talking about recreational use. I’m simply talking about, ‘Let’s have a look at it for medicinal reasons.’”

Adding to the previous point, he wants more light to be shed on cancer altogether. Such conversations are needed for those seeking answers regarding alternative treatments and medicine for overcoming any diagnosis really.

“A few years ago, cancer was a subject nobody wanted to go near or talk about. And I’m a big believer in shining a light on it actually, a bit like cockroaches, if you shine a light then they run away.”

Currently, Turnbull is on a hormone treatment that suppresses testosterone levels. His experiences with the treatment have left him feeling overwhelmed as it supposedly “makes you more emotional, more likely to cry and crying is an important thing to do when you’re under this kind of stress.”

He also noted that he had to make a lot of changes to his diet, i.e. cutting down meat to about once a month. At this stage in health, he also decided to quit alcohol and sugar altogether as he found it to have reduced the number of pain attacks he’s had.

He eventually shared that he’s not dying yet – noting that “I may succumb to the disease eventually and that’s a very real possibility […] But not for some time.”

Dr. Ed Reports 80% of Brits Deem CBD and Cannabis As Being One

PGA Golf Player Matt Every Gets 12-Week Ban For Cannabis Use, Despite Legal Prescription