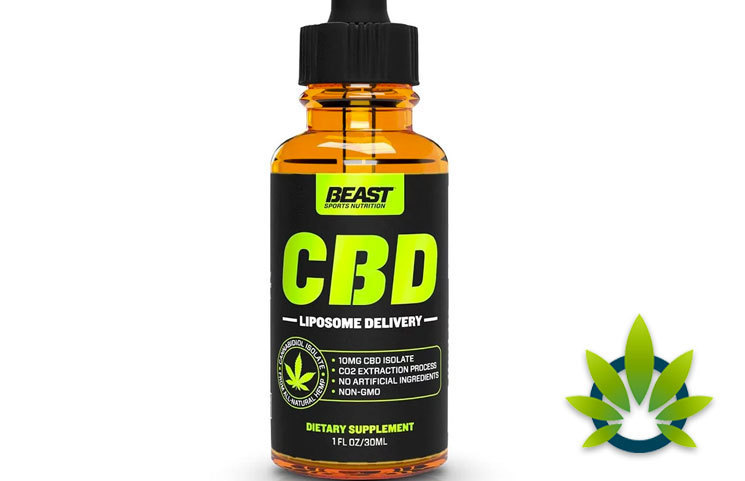 It has been revealed by Stack3d, that sports brand, Beast Sports Nutrition will now be entering the CBD market with a line of CBD goods to come in the near future. As a way in, the brand will be releasing its CBD oil, which is a liquid dropper that claims to deliver 10mg of CBD isolate per serving.

In addition to the average concentration of CBD delivered, the formula also seems to emphasize on delivery with its liposome delivery. The latter is significant as the body recognizes it as a friendly component, allowing the CBD to get easily absorbed into one’s bloodstream.

While the price is yet to be revealed, the bottle indicates that CO2 extraction was used to collect the hemp-derived cannabinoid, which have not been infused with any artificial ingredients.

Each bottle appears to contain 30ml of solution. That said, one may think that 10 mg is a rather weak strength, which may lead to one possibly running out of juice. Given the low concentration, this may be preferred among new users who are trying to understand the dosage that works for them.

However, consumers also need to bear in mind that more information is needed, i.e. its price, its suggested uses and reports indicating more information on the brand’s source of CBD among others before arriving to a conclusion.

Rare Form of Epilepsy Treatable with Cannabis, But Authorities Warn Against Its Use in Upcoming BBC Documentary