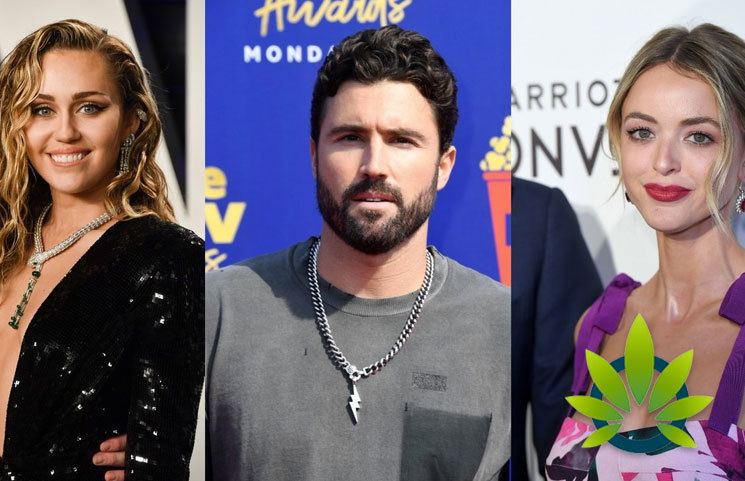 Many celebrities have already jumped on the cannabis train lately, especially as California has legalized the use of recreational marijuana. Miley Cyrus and Kaitlynn Carter decided to take advantage of this statewide legalization by gifting a very special present to Brody Jenner – a bouquet of weed – in celebration of his 36th birthday.

Along with the bouquet, Jenner receive a jovial card from Carter, 30, and Cyrus, 26, which said, 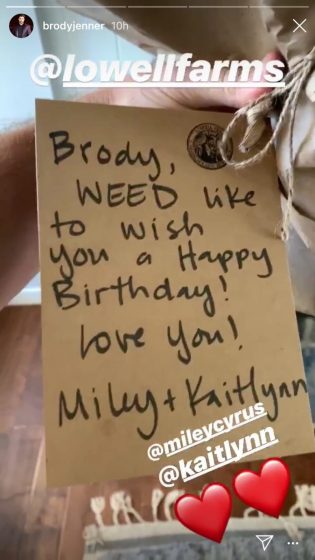 In order to make this bouquet a reality, the stars purchased from the Lowell Herb Co., a cannabis brand that Cyrus has invested in.

The bouquet could potentially be a gift of good faith to show that there’s no bad blood between Carter and Jenner. After all, Cyrus and Carter were photographed kissing earlier this month while on an Italian vacation.

Still, Jenner chose the higher road by posting about their alleged relationship on Instagram, saying,

Most recently, according to Page Six, Jenner has been connected to Josie Canseco, the daughter of baseball legend José Canseco. To celebrate Jenner’s birthday, the twosome was spotted in Los Angeles last night by paparazzi, as they dined at Tao with family and friends.

Page Six learned from an unnamed insider that the attendees at this small get-together included Linda Thompson (Jenner’s mother), Jessica Canseco (Canseco’s mother), and Brandon Jenner (Jenner’s brother), as well as the couple. The group sang “Happy Birthday” to Brody in a private skybox, which was followed by a round of Casamigos shots as a toast.