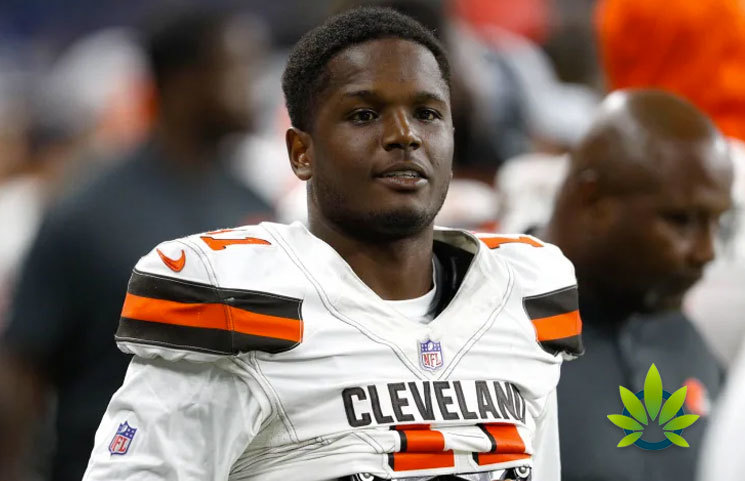 Antonio Callaway of the Cleveland Browns has received a suspension of 10 games from the National Football League. Concerns arose last week when coach Freddie Kitchens, W the message that he had been benched.

Callaway stated that he is “not wavering,” according to a report by the Cleveland. Over the summer, Callaway had used a CBD product that as not meant to contain THC. The Cleveland reports that sources indicated that the product was tainted. As a result, Callaway received a suspension from the first four games of the season for violating the NFL’s substance-abuse policy

The reason for the suspension is two failed drug tests, and apparently issues of tardiness. According to a report by Larry Brown Sports, Callaway had been late this week, and it does not seem the be the first time. The report points to “lateness issues” in general.

Even so, Callaway has appealed. The Cleveland report indicates that the NFL, the Browns, and Callaway are aware that the product was tainted. The formula has been sent to a lab for testing. On Friday, Callaway appealed to the NFL, which is expected to issue a decision in due course.

Ian Rapport tweeted about the issue. Even though the product was tainted, the NFL policy is also strict – for instance, players must know what they put into their bodies.

Callaway has told those poised to administer the suspension that it stems from a tainted CBD product. The drug policy is usually very strict, though, about players knowing what they put in their bodies. https://t.co/DJmAPpubRP

Despite the current situation concerning CBD products, there are efforts to change attitudes on CBD products. A recent report by Wbur indicates that there efforts to promote change. For example, former football player for the Patriots, Rob Gronkowski, has been speaking out. His efforts were joined by Andrew Luck.

Changing the league’s position on CBD may take time, but it will certainly be interesting to see how attitudes change – if at all.