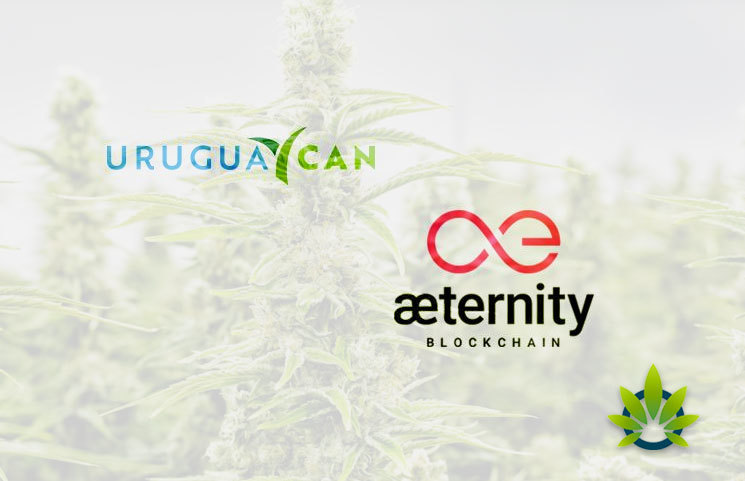 Blockchain may have started as a trustless and transparent ledger for the cryptocurrency industry, but other industries around the world have easily found use cases that can be applied outside of the world of finance. One of the rising industries in the world – cannabis – is in great need of this transparency with the public and the government, so it isn’t surprising that the decentralized ledger is being added to a cannabis supply change. According to a press release, the Aeternity decentralized application will be used for the tracking of Uruguay Can’s medical and recreational cannabis.

The announcement was published on September 25th, saying that the new supply management platform for the producer will include the use of blockchain technology, decentralized applications, and the Internet of Things. Pablo Coirolo, the CEO of Aeternity Americas, stated that the company wanted to establish themselves as “the first to offer a business-level solution in partnership with leading technology providers and cannabis producers, processors, and distributors.”

He added that the technology can track cannabis “from seed to full plant growth,” which allows consumers to feel confident with the company’s compliance with regulations.

The implementation of the new supply chain management system will start the first phase in October this year, though it isn’t expected to complete until January 2020. By the middle of 2021, the full implementation should take effect.

Eduardo Blasina, the CEO of Uruguay Can, stated that the company is “proud” to establish itself as the first one in the country to use blockchain technology for the verification of their products. Blasina added that this type of supply chain management supports both the cannabis industry and the pharmaceutical industry, though it also shows consumers and end users greater security in their products. In the United States, marijuana remains illegal under federal law.