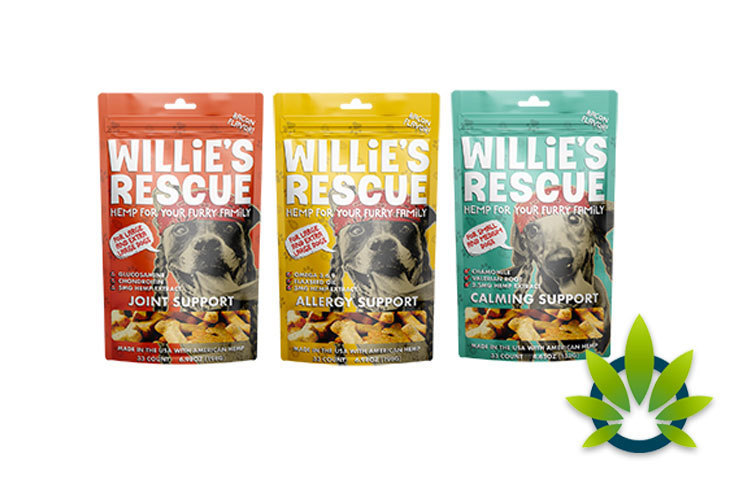 On Tuesday, August 20, news regarding American singer/songwriter, Willie Hugh Nelson’s Willie Reserves’ addition of a new line of CBD products tailored for pet needs was revealed. Under the name, “Willie’s Rescue,” CBD products for dogs, cats and horses will be offered.

According to the Vice President of Brands for GCH, Elizabeth Hogan, the reason for launching said line stems from the obvious fact that animals should also benefit from the ingestion of the hemp plant.

This new brand was first introduced during the SuperZoo between August 20 and 22. This brings great exposure to Willie’s Rescue as the former is deemed “the most-attended pet industry trade show in North America.”

In addition to introducing the benefits of hemp to animals, Willie’s Rescue will donate a portion of its sales to promote “companion animal adoptions and rescue programs,” with support given to Nevada’s Furgotten Friends Dog Rescue, PAWsitive Difference, Wagging Tails Rescue, Southern Nevada Beagle Rescue and Best Chance.

The Nelsons have also expressed their sentiment regarding this endeavor, emphasizing that it is very personal to them. Given the Nelsons too are long-time pet owners, they want to ensure that pet owners and pets make the most out of the hemp plant, which is shared as the reason for Willie’s Rescue.

As shared by the family, “Willie’s Rescue are donating a portion of each sale to help find loving homes for animals in need.”