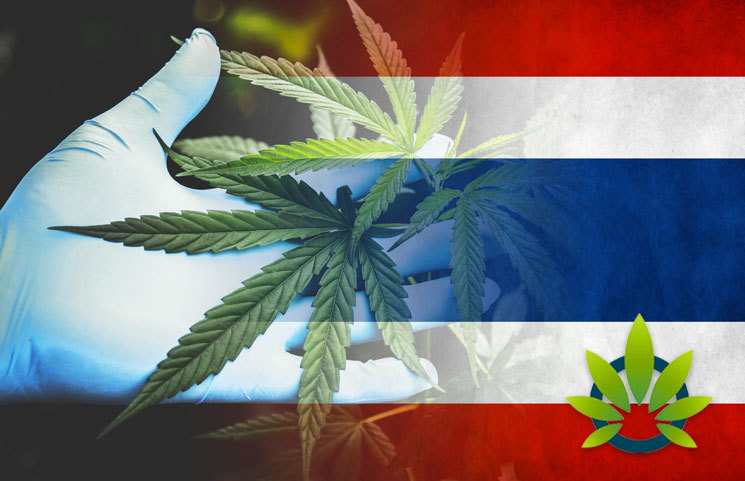 In Thailand, the environment around marijuana primarily focuses on medical use. While the country has already established a program to develop cannabis oil legally for patients to use in hospitals, the police recently had to seize over 1,000 kg of cannabis from a criminal gang just this past week. Clearly in an effort not to waste what they took from the criminals, the authorities have put it to good use by converting the cannabis into oil that can be used by medical marijuana patients.

The processing of the cannabis will be done by the Department of Thai Traditional, Alternative Medicine and the Department of Medical Sciences, which the authorities have already passed it onto. The seized cannabis will ultimately yield 600,000 bottles of cannabis to distribute to the medicinal market in Thailand. However, the department plans to hold onto 5 kg to perform experiments on.

The secretary-general at the Office of the Narcotics Control Board, Niyom Termsrisuk, stated that the team had already received approval for the transfer from the local Food and Drug Administration. To clarify to the public, Termsrisuk stated that there is no violation of any convention on narcotics. While the majority of authorities opt to destroy the illicit cannabis that they have to seize, but Thailand’s decision to use the cannabis instead speaks to how confident they feel in its source.

The state-run medical marijuana project in Thailand has already yielded 10,000 bottles of cannabis oil, which they brought to patients last week. Medical cannabis in Thailand was only recently legalized by the government in December last year, and the plants for the cannabis oil began flowering in May this year. Unfortunately, the demand for cannabis oil is much higher than what the government has been able to produce. However, the government is aiming to produce close to 1 million bottles of the oil by the beginning of the last year, but the use of the seized cannabis for the oil is hoping to make up for this difference.

In Thailand, to qualify for the use of medical marijuana, the qualifying conditions include epilepsy, chronic, Parkinson’s, Alzheimer’s, and chemotherapy side effects. Anutin Charnvirakul, the Deputy Prime Minister and Health Minister, stated, “This will not cause harm or addiction if it is used under medical supervision.”

As the CBD industry makes substantial progress, the liberalization of cannabis laws in the country are causing the International Narcotics Control Board to be “deeply concerned.”

CBD Cosmetics Market To See Over 30% Growth Between 2019 And 2025: Adroit Market Research