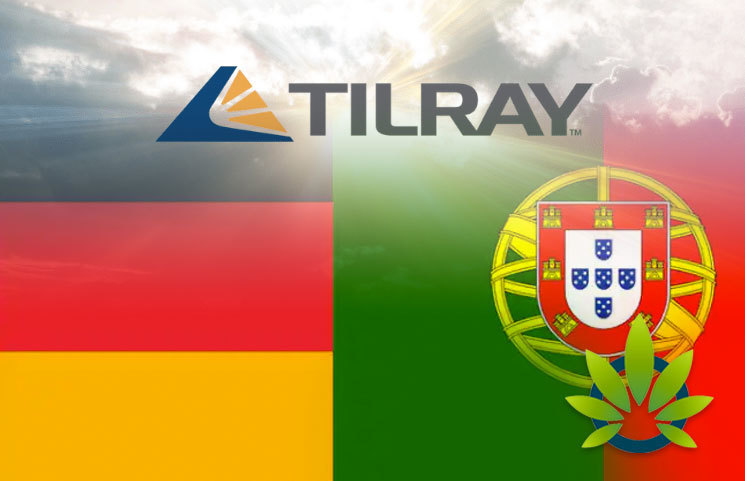 Today, Tilray Inc. has announced another European deal through its subsidiary Tilray Portugal.

This is part of the company’s efforts to diversify internationally as legalization in Canada fails to see a surge in revenue.

Tilray’s Portuguese arm inked a contract to supply German consumers a wholesale shipment of medicinal marijuana to Cannamedical Pharma GmbH. Cannamedical has a license to supply cannabis to patients via a network of 2,500 clinics and pharmacies nationally.

According to the agreement, over $3 million worth of medicinal grade marijuana will be exported from Portugal to Germany later this fall. This will mark the initial major shipment from the company’s newly-opened Cantanhede campus.

The site was given GMP certification earlier this summer, and has been host to an array of local political figures who tour the facility as employment drive causes worker hiring by Tilray Portugal triple in digits.

Brendan Kennedy, the Chief Executive Officer of Tilray, stated that his team believes the 2.5 million square feet of cultivation and Europe’s processing space will help at cutting down costs and improve profit margins while hedging against risks related to regulation.

Besides the indoor growing facility, Tilray recently leased twenty hectares of outdoor growing space in Portugal’s Alentejo area to ramp production efforts further. Cannabis grown in this outdoor space will then be shipped to the Portuguese campus to be processed, packaged, and distributed to European customers.

Europe is not Tilray’s focus market for international expansion. In the recent month, the company has been importing Cannabidiol (CBD) capsules to the southern border to the United States for new clinical trials.

Several clinical studies and major research projects on the effectiveness of CBD are now underway in the U.S. as the FDA is expected to come up with more strict regulations as the product gains more popularity.