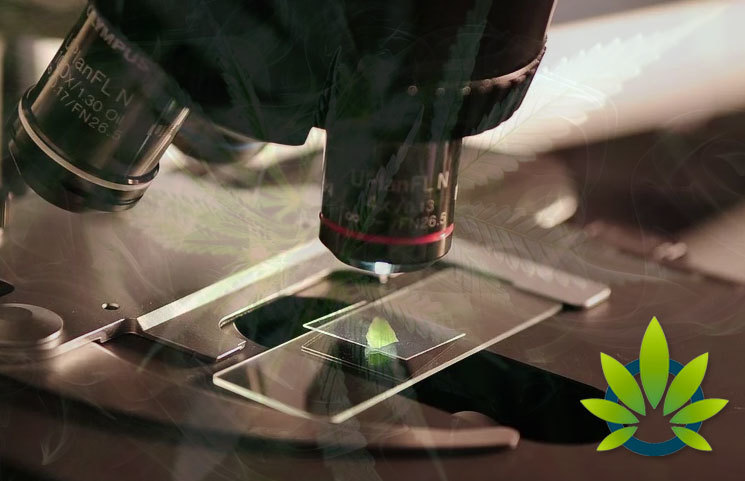 With the conclusion of a study in Italy, the team made the revelatory discovery of the new, world's most powerful, but hard to extract cannabis substrate known as TetraHydroCannabiPhorol, otherwise known as THCP. While this would be a rather mundane discovery in any other circumstance, it has an almost identical structure to THC but has the caveat of being more than 33 times stronger than it, and this includes CBDP, which is a derivative of CBD oil.

Just what this research entails is the development of a far more powerful THCP strains in the near future.

As far as research has shown in the past few decades, there have been around 150 phytos, or small cannabis substrates that have been discovered as naturally occurring in the Cannabis plant, but most have, as of yet, not been completely isolated by researchers or fully characterized just yet. CBD, including the  9  Tetrahydrocannabivarin (or THCV as it's more simplistically known) are pretty well known, but have been broadly regarded as, and have been demonstrated as having some pretty interesting and distinctive profiles, hence the kind of attention that has been meted out on it and its biological activity, especially CBDV and 9 Tetrahydrocannabivarin which have increased.

Some of the other counterparts out there, such as those within the Orcinoid series are ones that are rarely studied, largely due to the very small quantity that occurs within the plant, which makes the act of isolating them an arduous task. Over the last few years, there have been greater strides in agricultural genetic studies which include delving into the study of relatively rare strains that have the potential to produce large volumes of CBDV, CBG and 9 -THCV. It's because of these strides that it wouldn't be so surprising if there were variations of cannabis in the foreseeable future that are richer in other, minor variations of phytos which occur within cannabis.

The discovery opens up the door to a whole range of cannabis strains, which have undergone genetic selection, making it possible to produce variations rich in a specific pharmacological profile or phytocannabinoid composite. It's for this reason that it's very important to conduct thorough chemical profiling of medical cannabis and its applications through thorough investigation and study, especially where it relates to potential use-cases for these elusive phytos in cannabis.

While being a new discovery, the cannabinoid's full name is Tetra-Hydro-Cannabiphorol, or THCP as it's commonly known as, and was successfully isolated from its plant extraction, allowing it to be characterized and produced artificially.

The study itself, by the team of 12 from Italy, was published in the scientific journal Nature, the team brought forward the hypothesis that there was not only a substantive need for further research into Cannabis but that THCP could be one of the reasons why cannabis strains varied to sometimes dramatic extents.

To conduct the study, the team made use of an Italian strain of Cannabis referred to as FM2, which was one that had a particularly low concentration of THC and THCP, being only approximately twenty-nine milligrams per gram of weight, which translated to 0.0003% of the whole amount used. As a result of this, the actual amount of THC that was within the strain was also exceptionally low; at around 3.9%.

Within the study, the research team highlighted that these, among other cannabis strains could be used and improved upon to contain a higher concentration of THCP, which would allow for the cultivation of cannabis with concentrated extracts which could then be used to the medical benefit of patients.

THCP – The New Powerful Cannabinoid on the Block

With these findings, it conclusively makes THCP the single most powerful, and naturally occurring Cannabinoid.

It's this discovered potency of THCP's attachment to each of these cannabinoid receptors that were found to be similar to one of the more potent synthetic cannabinoids, but that its structure is almost identical to those seen in naturally occurring THC.

Some of the biological results that were extracted from this binding test had also indicated that it carried an affinity for CB1 receptors at a rate that was over thirty times higher than that which was reported for 9 THC until this study was conducted. More specifically, the Δ 9 -THCP that was found to be as active as 9 -THCP but at a lower volume of dosing. The Δ 9 -THCP was discovered to be active at a dosage that was less than half that of THC; the latter being 10milligrams per KG, while Δ 9 -THCP was active at around 5mg per kg.

The study is effectively the successful proof of a hypothesis that was made several decades before. At that time, researchers believed that stronger cannabinoids within cannabis could offer a stronger, more beneficial medicinal benefit for patients. To test this hypothesis, the team created a wide variety of new, more powerful artificial cannabinoids from the late 1990s to the present day.

The studies of each of these synthetic cannabinoids generally demonstrated pretty interesting results through a series of tests on mice and isolated tissues. The one setback was that they failed in human trials due to the serious side effects that they cause.

Even while this was the case, THCP has a structure that was almost identical to THC, which makes it one of the closest derivatives to date. It is hoped that, in the foreseeable future, that it will provide a cannabis type which is the ‘Best of both worlds' – providing an increased medical benefit that comes with strong cannabinoids, while also not presenting with any serious or detrimental side effects commonly associated with these artificially manufactured cannabinoids of varying structures.

These researchers had conducted an initial series of experiments with the use of THCP on a range of mice, with the effect they observed in them being in correspondence to the observed physiological effects that THC has on mice, which included a much-reduced sensitivity to pain, lower core body temperature, reduced motor activity as well as catalepsy (or muscular hardening). Meanwhile, the minimum dose of THC that successfully produced these effects in the test subjects was 10mg per kg of body weight, but with THCP, the researchers were able to replicate these same symptoms with roughly half that; 5mg per kg.

In addition to this testing of THCP's strength relative to THC, the research team has also discovered the closest corresponding derivative to CBD, known as CBDP or Cannabidipurol, but had not managed to thoroughly test it in-depth on either the CB1 or 2 Cannabinoid receptors on mice. As a result of this, the effects that CBDP would have are as yet unknown, but there is every possibility that it could be a stronger alternative to CBD.

Currently, there are studies in progress that are devoted to the kind of pharmacological activity and physiological properties of CBDP as well as the expansion of this same research into HCP. CBD itself is known to bing with CBD1 and CBD2 receptors at a comparably low affinity when compared to others. As a result, assessing the kind of Cannabimetic activity of something like CBDP does not appear to be too high of a priority, but science is a field that continues to surprise.

New Marijuana Study: Recreational Cannabis Use on the Rise for Insomnia