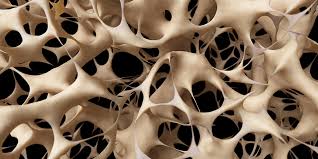 Osteoporosis, a major kind of bone loss which makes the bones prone to fracture, poses a threat to several women across the globe, particularly after they hit menopause. However, people may start losing the strength of their bones much earlier in their life.

When people experience mild or no bone loss, the condition is called osteopenia. Over 33 million men and women in the US, who are above the age of 50 years, get affected with osteopenia while around 10 million suffer from osteoporosis.

Generally, osteopenia affects women below the age of 65 and men under 70. They have a low risk of breaking any bone and can probably do away from doing a bone density test called a DEXA scan. However, for women who are above the age of 65 and men who are above 70, the DEXA scan is appropriate only among those who have a mild risk of fracture. Men and women who are between the age group 50 to 69 years should think about undergoing the scan if they develop risk factors for severe bone loss. The ubiquity of osteoporosis among men does not increase until the age of 80. However, there aren’t still any proper screening guidelines? So then, what is the answer?

Cost vs benefit is a major reason why insurers do not cover the cost of the scan universally for women who are below 65 years. However, if you have broken a bone, are developing hunched posture, losing height or suffer from the sudden pain in the back post the age of 45 years, you might be an early candidate for testing.

If you are healthy but still worried about the health of your bone or developing risk factors for the disease then you can get in touch with your doctor and talk about early testing.

The factors which can boost your risk of a bone fracture include your weight as well as height. Women who are very thing have a higher risk of bone fracture. Other factors include not doing enough of exercise, drinking, smoking, having a parent with a broken bone and more. Avoid drinking too much alcohol and quit smoking.

The best way to prevent bone loss is by doing exercise on a regular basis, getting plenty of vitamin D via sunlight and including calcium-rich foods. The exercise you should follow mainly includes the one which is done while standing such as walking as such activities help in developing bone as well as increase bone health.