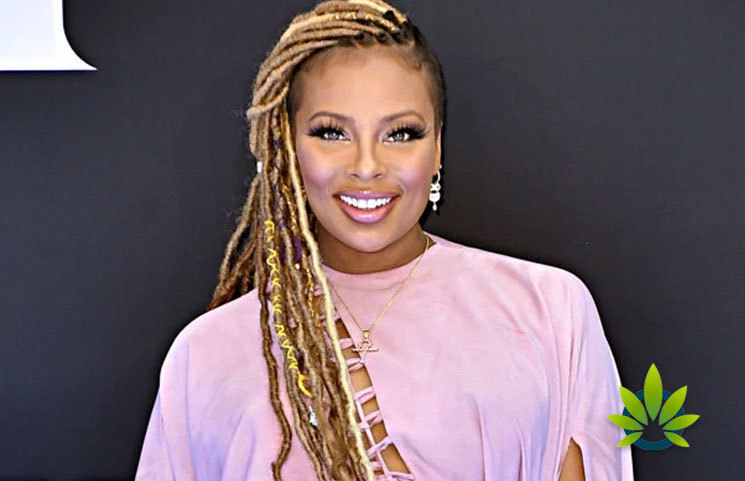 Cannabidiol, or CBD, is growing in popularity with every day. While the FDA is still working on their regulations that will soon govern how these products can be applied in foods and supplements, there are companies popping up with topical remedies constantly. Eva Marcille of Real Housewives of Atlanta (RHOA) decided to get in on this action as well, working on her launch party at 39 weeks pregnant this week.

Marcille recently spoke with AJC about the decision, commenting, “The timing is very conveniently inconvenient.” The party, which is meant to be hosted today on September 28th, happens to coincide with the due date for her third child, who will be named Maverick. Still, preparing for her CBD products with the eEVAd brand is a priority, as it also launches online today.

CBD products were recently legalized, and there seems to be no shortage of these remedies in metro Atlanta, as they are popping up in stores and other retailers. While CBD is often connected to the same source as THC, it has none of the psychoactive properties that the latter brings, allowing consumers to get the therapeutic effects.

So far, the use of this natural remedy has allegedly helped with everything from inflammation to seizures to insomnia, though research is still coming in at this point. Unfortunately, even with the legalization behind it, there are no regulations, which prevents companies from making claims regarding the healing qualities that CBD oil can bring.

Marcille is incredibly supportive of the natural benefits of holistic medicine and doesn’t even use formulas as tried and true as Tylenol or Motrin. Instead, she sides with Asian herbs and, of course, CBD. She remarked, “A lot of chronic pain people have… comes from inflammation. When you use CBD as a natural alternative to Western pharmaceuticals, it helps with that inflammation.” She noted that there are multiple ways to use CBD, including ingestion, topical application, and vaping.

Considering that Real Housewives of Atlanta returns to television on November 3rd, and that the producers are still filming, there’s a good chance that this launch party will be part of the episodes. Cynthia Bailey’s baby shower will likely also be a featured event.

Most of the storyline for Marcille will be on her adjustments into married life and her pregnancy, while simultaneously getting used to her new home in Atlanta. While much of her life is on television with this show, she’s expressed annoyance over some of the issues of being in the public eye, like the way that fans can be “very curious about things that do not pertain to them.” Is she referring to the major discussion on her finances last year?

As always, the dynamics between all of the women will be shifting, sometimes improving but sometimes deteriorating. She commented, “Part of it is par for the course.” However, she calls the experience of finding friendship with “a couple” of the women involved with the show a “pleasure.” Husband Michael Sterling is “a workaholic,” which has led her to require some friends on the show, splitting the time with her own work and a radio show.

Recently, news broke of the breakup between Kenya Moor and Marc Daly. When asked about her view of the events, Marcille stated that she has “nothing to do with nor know enough information” to speak on the circumstances. However, she called her “a beautiful woman,” as well as a “great mother.”