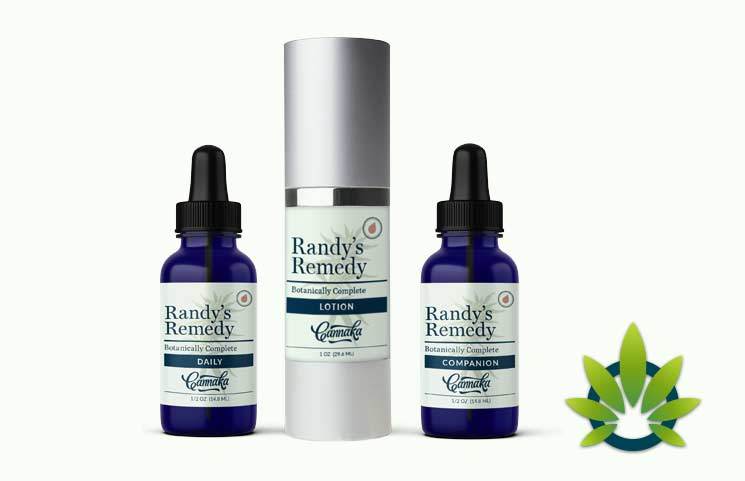 Have you ever felt like something was missing in your life? This notion of lacking something or experiencing some deficiency is not only perceived in the mind, or practically but also by the body. For instance, when the body lacks essential nutrients, its multiple functions start to deteriorate because of it is missing something that it is dependent on. This is where Randy’s Remedy comes into play.

Randy’s Remedy perceives CBD as a way to fill in the gaps, or in the context of the body, ridding deficiencies that cause chronic pain, restlessness and anxiety attack to name a few. Thought-provoking isn’t it? Well, the purpose of this review is to attain a complete understanding as to what it means for a product to belong to Randy’s Remedy. Factors such as its intent, products, and affordability will be mainly dissected.

What Is Randy’s Remedy?

Randy’s Remedy has been deemed “powered by Cannaka”, which has been defined as making use of a botanically complete hemp ingredient. In other words, Randy’s Remedy’s approach in maximizing the benefits of cannabinoids is from using the whole cannabis sativa plant, including phytonutrients, dietary essentials, and beta-caryophyllene, an aromatic terpene known for its ability to ease anxiety and concerns associated with one’s mind.

Another facet that makes Randy’s Remedy relatable, is the fact that the founders, Tyler and Brendon Strause created it in the hopes that other consumers dealing with a wide range of illnesses gets the help they deserve. As per the claims made, the duo didn’t want others wishing they had a potent solution, but instead actually have access to them.

Finally, when it comes to Randy’s Remedy’s goal, some of the target areas include easily fighting against inflammation, protecting the central nervous system (CNS) and ensuring that one’s cell health is optimized.

How Has Randy’s Remedy Filled The Voids Using CBD?

Randy’s Remedy has created a wide range of CBD infusions that seem fit to fill in the voids. According to the duo, the select delivery methods are reflective of how the endocannabinoid system (eCS) works and the ways to achieve complete interaction between naturally-derived plant extracts and cannabinoids formed in the body. Here’s what they have to offer:

The Daily aims to deliver the support one’s eCS requires to attain a system that effortlessly reacts to inflammation and prevents it from causing damage. The combination of distinctive cannabinoids is believed to induce the “entourage effect”, i.e. full body improvement. Each 15ml bottle contains full spectrum and 155mg of hemp-derived cannabinoids. Given its bottle structure, the Daily seems to be in the form of an oil, which means that it is ideal for oral administration.

As the name hints out, the Everyday Lotion is appropriate for those looking to enhance their skin health, while looking for a topical solution that promotes healing and recovery caused by excessive movement or sports involvement. To kick it up a notch, Randy’s Remedy Extra Strength Lotion can also be considered, especially for those in need of higher strengths.

Randy’s Remedy For Dogs And Cats

Understanding that pets also house an eCS, Randy’s Remedy has since created an incorporable essential for our furry friends. In particular, the differences between the Dogs and Cats and that of the Daily are very minimal, except of course the strength.

Pets should not be administered large strengths because of their very sensitive systems. The accumulation of cannabinoids, especially one rich in THC, can be problematic and is something pet owners should be watchful of. This does not seem to be too much of a concern with Randy’s Remedy, as it looks like they either use the accepted THC contents or less in ther CBD products for pets.

Finally, we have Randy’s Hemp Leaf Tea, which claims to relieve stress in a mild and fresh manner free of caffeine. For maximum results, consumers have been advised to use 2 teaspoons of loose tea or two tea bags per 8 ounces. Bear in mind, the longer the tea is steeped, the stronger its content, which might not be desired by every consumer.

How Has Randy’s Remedy Structured Their Pricing?

Randy’s Remedy carries products that range anywhere between $6 and $184.99. This is considering the possible strengths achieved along with nearly four different quantities available.

In this sense, the essentials are reasonably priced, in fact, they match that of the industry’s average. This is also helpful for consumers, as a smaller quantity at a budget-friendly price can not only allow experiencing relief in a whole new light but also guarantee such an opportunity that most high-end brands fail to attain.

In addition to reasonable pricing, Randy’s Remedy also has a monthly subscription plan where the most one can expect to invest (depending on the product itself) on a monthly basis is $63.99.

Overall, Randy’s Remedy has been trusted to hold value because of their positive perspective on the “entourage effect”. Instead of focusing on a particular cannabinoid, equal emphasis has been placed on individual aspects of the cannabis sativa plant, which is striking.

According to the claims made, details regarding the extracts isn’t the only area that has been looked into, as the team also ensured each essential is water soluble for improved bioavailability. Furthermore, the topical is believed to be scientifically-formulated to increase deep skin penetration from the outermost layer of the skin.

Financially, their subscription plans definitely appear to save consumers money; however, it is ideal to test the effectiveness of a product prior to committing to monthly payments.

As for the overall quality of each essential and whether or not said solutions contain toxins, consumers are advised to seek the necessary Certificate of Analysis upon request. This goes to show how committed Randy’s Remedy is in bringing sureness in consumers. To learn more about Randy’s Remedy, refer to: randysclub.com/