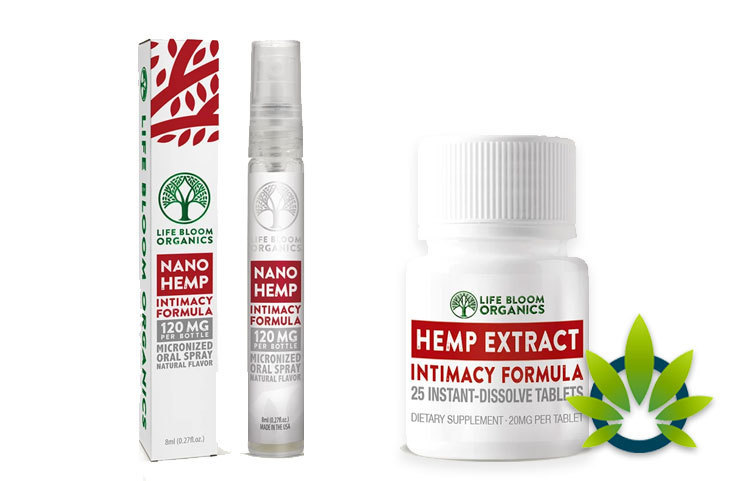 Hemp has been used to ease several health areas that may have initially worried consumers. Interestingly, its uses have prevailed yet again, but this time in regard to sexual health. To be more specific, consumers have previously reported that aspects including libido, pain and orgasms have been improved upon its uses. This is where Life Bloom Organic’s Intimacy Formula comes into play.

Given hemp’s compounds’ ability to ease anxiousness and stress, one can assume that this in turn could have contributed to one’s overall sexual health – this being one of several theories spreading like wildfire.

The source of hemp used is organically grown on US soils. This is surely to convince consumers given the country’s sternness in established regulations.

The Intimacy formula supposedly comes in two delivery systems; the first being, “nano hemp sexual enhancement sprays ($39.95)”, where consumers are recommended to spray four times 15 minutes prior to any sexual activity and the second, hemp tablets ($42.50), where one tablet suffices 15 minutes prior.

Other ingredients that have been added to boost one’s sexual desire, function and pleasure include