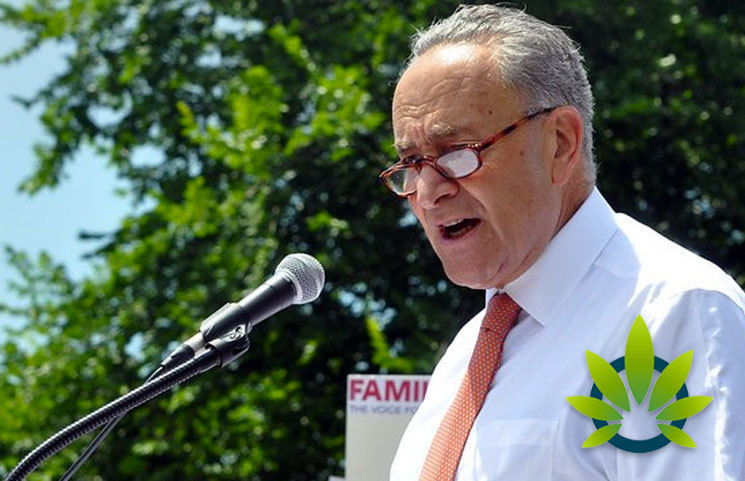 The Hemp Bill made a big difference in the United States last year, legalizing hemp for consumers to use and for farmers to cultivate. Now, the United States is making even more progress with the development of the only hemp seed bank in the country. According to Senate Minority Leader Chuck Schumer, the world has officially begun on this bank.

Schumer’s announcement follows the investment of $500,000 in funding that was allotted to the project in the omnibus spending bill a few months ago. This amount, which was invested through the US Department of Agriculture’s Agricultural Research Service, is mean to be “the down payment necessary to reestablish this program and rebuild this lost collection in collaboration with Cornell’s world-class researchers,” according to a press release. The new Industrial Hemp Germplasm Repository is going to be created in Geneva, New York at the Cornell University’s AgriTech facility.

In a press release, Schumer stated,

“When it comes to kicking Upstate New York’s burgeoning industrial hemp industry into an even higher gear, the Industrial Hemp Germplasm Repository is just what the doctor ordered. Not only will this facility act as the United States’ only industrial hemp seed bank, but it will also allow the world-class agricultural scientists at Cornell to help boost industrial hemp entrepreneurship.”

Schumer expressed that he’d been working hard to ensure that this federal funding could be secured, while battling against the “burdensome” restrictions that were keeping farmers and growers from cultivating hemp. He added, I knew the potential this crop had to transform the Upstate New York economy, and stated that the seeds presently in the repository “will soon be ready to harvest.”

Though the United States previously had a hemp seed depository, the crop was deemed federally illegal, and the depository was destroyed. However, the Farm Bill passed at the end of last year, making hemp and its derivatives legal, which makes it easier to store and analyze the seeds with the new repository.

This new facility will be taken care of by a curator, who will be responsible for “characterizing, maintaining and distributing seeds,” based on Schumer’s announcement. The stock of seeds will make it easier for breeders and geneticists to create new seeds and identify the genes for pest and disease resistance in crops.

The department at Cornell that is tasked with this repository is “grateful to senator Schumer for his hard work to secure this federal funding,” according to Kathryn Boor, the dean of Cornell’s College of Agriculture and Life Sciences.

“The hemp seed bank and the research that it will allow by our Cornell and USDA-ARS scientists will be vital resources for New York state farmers.”

Schumer has aggressively and passionately worked to be seen as a congressional leader that is in favor of the hemp industry, especially in New York. He was part of the cutting of the ceremonial ribbon for an industrial hemp part this week, which was part of securing the investment from Canopy Growth.