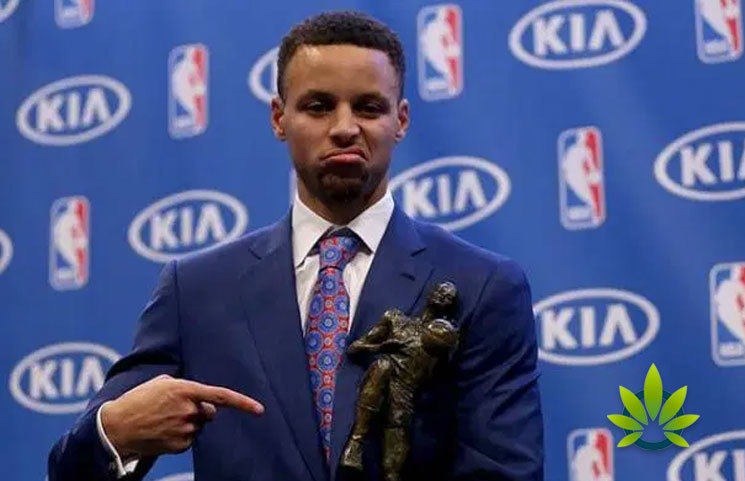 Stephen Curry has an investment company called SC30 with Bryant Barr. The investments made with this company will not include anything to do with the medical field or blockchain either.

The last few months have been flooded with athletes coming out in support of the use of CBD. The substance is derived from hemp, creating a therapeutic effect for consumers, which is helping many athletes to overcome the pain they sustain from injuries in their respective sports. However, this impact is clearly underwhelming for Stephen Curry, who has voiced that he won’t be connected with the substance.

Curry recently announced his investment arm, SC30, at the TechCrunch Disrupt event last week, which will be focusing on Series A through Series C funding rounds. The president of this venture will be Bryant Barr, who was Curry’s roommate at Davidson College. Barr has an MBA from Stanford, and he was the co-founder of a currently defunct market platform called Slyce, which is an endeavor that he took on with Curry in 2015.

Curry and Barr have already backed Guild Education, which enables corporations to provide tuition reimbursement to employees, along with online programs and degrees. They’ve also invested in a hotel-booking platform called SnapTravel and the “best small phone for athletes” called Palm.

There are many industries that Barr and Curry are interested in, but CBD and gambling are two categories that they won’t be involved in. Barr explained to Yahoo Finance:

“With CBD, that to me is more of a brand decision. That's Stephen, he’s family first. He's got three kids, and it's not that we want to manufacture a brand. That's just who he is. While he’s playing as an athlete, we would avoid betting too. Betting would be another one that we would stay away from — from a brand perspective. Those don't help in any shape or form…but I do think gambling is super interesting.”

Barr explained that the work of SC30 will also stay away from the medical industry, saying that they “just don’t have the ability to appropriate due diligence.” The team also won’t be getting involved in blockchain technology, because they “haven’t seen anything where it’s like, that seems practical right now.” He pointed out that, from the view of consumers, he hasn’t seen a general understanding of blockchain, which makes it difficult for them to be willing to purchase products involving it.

Curry added that he will only be backing the concepts that he personally believes in and that he fully understands. As far as the difference between Curry’s approach and Barr’s approach to investments, Curry stated that it just depends on their passions. He added:

“You're not going to go 100% in on things that you aren’t passionate about, but there's a reason behind it. And this is probably the only thing where [Bryan’s] like, ‘I found this really company that’s software, a SaaS [software as a service] company.’”

There are a few opportunities that Barr and Curry feel that they missed out on, like investing in Zoom and PagerDuty in the private market. While Barr admits that the duo “would have made money on these,” they had only a handful of investments at the time, and they were working to gain more experience in these types of deals. There have also been deals that they are glad to have passed on, like a deal with Lyft.

From a long-term perspective, Curry hopes that he will see another six seasons in the NBA. However, standing by certain companies will allow him to establish a healthy future for his finances.