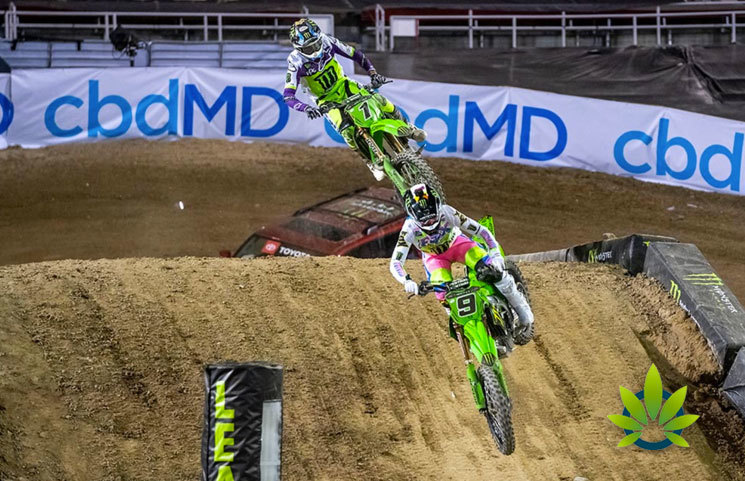 cbdMD has maintained a hold on the media lately with new endorsements and partnerships, Barstool Sports, Bellator MMA, and Nitro Circus. Now, according to a press release from PRWeb, the platform has announced that it is coming on as an exclusive CBD partner with Monster Energy Supercross and Monster Energy Cup. This announcement happened on Saturday night in Las Vegas at the Sam Boyd Stadium.

The event kicked off on Saturday with the annual all-start event. However, it is meant to last through the 2020 Monster Energy AMA Supercross and FIM World Championship season. Jason Bitsoff, the SVP of global Sponsorship for Feld Entertainment, remarked,

“We’re excited to be the first motorsport to have an exclusive deal within the CBD category.” He added, “Supercross is leading the way in the motorsports industry and we’re always looking at partners that are also category leaders.”

There are many athletes already sponsored by cbdMD in multiple sectors of the professional sports industry, ranging from surfing to golf to MMA, as well as many in between. They also already sponsor a large portion of the athletes that are competing in the Monster Energy Cup. The race, which can only be participated in with an invitation, comes with a $1 million purse. This is the largest prize in all of motorcycle racing, bringing competitors on and off the track.

“Stemming from an amazing partnership with Chad [Reed] to a category exclusive partnership with Feld, we’re excited to expand our relationships with Chad, Monster Energy Supercross, and their respective fans.”

The president added that the partnership should be considered “nothing short of a huge success” for the whole of the CBD industry, crediting the success to Reed and his wife.

Skatepark of Tampa and cbdMD Partner, a Nationally-Recognized CBD Brand