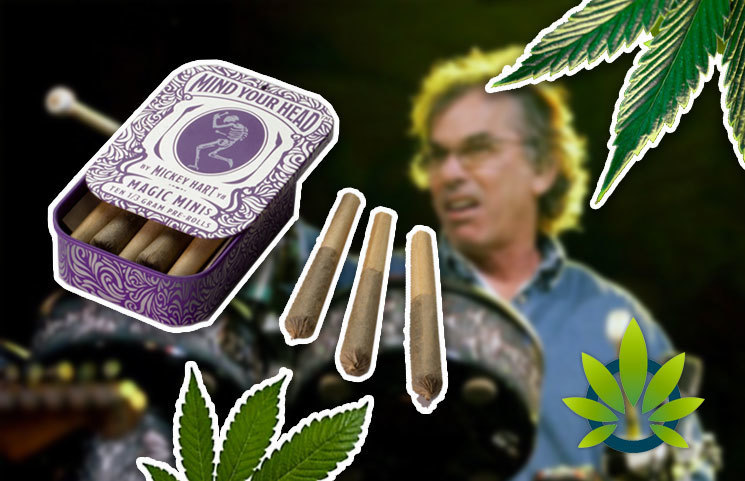 Like many of the best stories, this starts outside the Grateful Dead show. It was in 1991 when the band was playing a 2-night run at the Deer Creek in Indianapolis’ rural fringes. According to legend, a cannabis grower by the name Chemdog from Massachusetts came across a strain completely different from what he had ever smoked.

Back at home, Chemdog found thirteen seeds in the bag he had bought at the Dead show. He germinated four of these and started to nourish what he later dubbed Chemdog, blending a “chemmy” flavor, which the Deer Creek grower had called “Dogbud.”

Drummer Mickey Hart was on stage at Deer Creek then, and of today, tours with Dead & Company. He notes that the encounter with Chance close to 30 years ago has intersected with his foray into the cannabis market.

About Mind Your Head

Mickey Hart is set to launch Mind your Head, which is a cannabis brand to be based in the Bay Area. This happens to be his company’s first product and is dubbed Magic Minis.

In 2016, High Times documented the origin of Chem Dog, which later on played a crucial role in Sour Diesel’s genetics.

The business move is something that Mickey Hart has been toying for a long time now, and the burgeoning cannabis industry has roots in San Francisco.

Hart has plans on rolling out more products with time. As of now, his main focus is growing the brand via a third-gram pre-rolls. These Chem Dog pre-rolls are quite powerful, and Hart claims that he doesn’t even smoke the whole joint. Hart adds that the Mind Your Head pre-rolls are of perfect size to enhance the reasonable consumption of the magical plant.